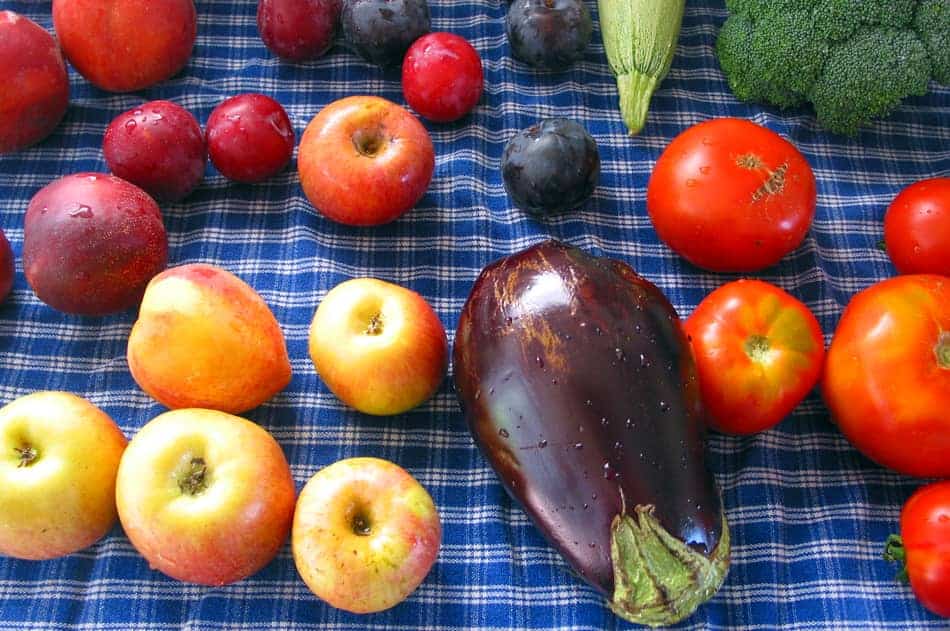 We all know that leopard geckos eat bugs as most reptiles do, but because there are other reptiles out there who are able to eat way more than that, we naturally start to wonder if our leopard geckos can too.  Being able to do this would not only open our food options up substantially, but it would also help us save money as well.  But, because leopard geckos aren’t like every other reptile, we’ll have to see if it’s even possible.

What can leopard geckos eat besides insects?  Unfortunately, nothing.  Leopard geckos are insectivores, so as the name implies, they can only eat insects.

Although it sucks that we can’t feed them a plethora of different foods like we can with other reptiles, like the bearded dragon, there are still a wide variety of insects that they can eat so that you’re not limited to only a few different feeders.  If you’d like to know what those feeders are along with further information on the topic, I highly suggest reading on.  Their limited diet doesn’t have to be boring. 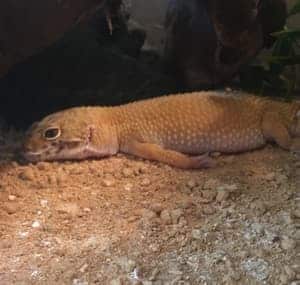 Because there has been a lot of misconception and confusion within the reptile community about whether or not you should feed your leopard gecko anything else other than insects, I think it’s important to first list the consequences you could be facing just in case you end up doing so.  With that said, here are the symptoms your leopard gecko could experience if given the wrong food:

Even though they aren’t allowed to eat these types of foods doesn’t necessarily mean that they won’t.  To give you an example, when leopard geckos lack calcium, they’ll eat sand in the tank to make up for it.  Does that mean it’s good for them?  No.  But, they will eat it regardless of if it is or not if they feel they can benefit from it.

Luckily, though, most leopard geckos don’t like eating things that don’t move and usually won’t unless force-fed.  So, even if an owner is attempting to give them fruit or vegetables, for example, chances are they won’t find it appealing enough to even eat simply for the fact that it’s not moving.

Insects are their natural diet and feeding them anything besides that is going against what their body is used to handling.  Having a leopard gecko eat fruit or veggies once or twice on occasion won’t cause any life-threatening harm to them, but it’s still not good for them and will likely cause much larger issues in the future if fed these types of foods consistently and regularly.

Leopard geckos are allowed to eat insects that have been gut loaded with fruit and vegetables, but that doesn’t mean that they can eat it directly.  With that said though, each owner has the power to try and feed their gecko whatever they want, but it’s not advised.  As stated above, they are insectivores, so it’s strongly recommended that they are only fed what they were born to eat.

Here’s What You Should Be Feeding Them

Although meat, fruit, veggies, and any other type of food that isn’t an insect can’t be fed to them, there are plenty of feeders that they can have that they actually do enjoy eating.  And I understand a lot of people don’t like handling insects, but it’s a part of owning a leopard gecko and it has to be done in order to keep them alive.

If you’re someone who fits this description, then I recommend taking a look at these tongs here from Amazon that are made specifically for handling bugs.  Picking up an insect can be a scary thing if you have a fear of them, but with those tongs, it can make feeding them a little less frightening.

But, to actually get to the feeders that they can eat, I highly suggest going over to this page here that I put together that has the many different bug options that they are allowed to indulge in.  Some of the feeders on that list can be used as staple foods while others can only be used as treats, but nonetheless, each option is way healthier than feeding them anything other than insects.

If you’re someone who doesn’t like dealing with crickets, as many people don’t, then you should definitely look into getting Dubia Roaches.  Many people choose these bugs as alternatives to crickets because they’re not loud, they don’t hop around, they’re easy to maintain, and they don’t stink, which are all very common complaints that cricket owners have.

When It’s Okay to Feed Them Fruit and Veggies 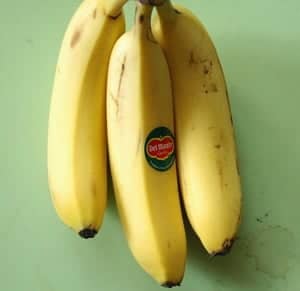 Generally, it would never be okay to feed them anything other than insects considering that they are, in fact, insectivores, but in rare cases where you can’t get your leopard gecko to eat due to stubbornness or illness, desperate times call for desperate measures.

What I would recommend doing if your leopard gecko doesn’t want to eat is to first try feeding them the more unhealthy foods that they enjoy such as waxworms and super worms and then go from there.  While these two worms should only be used as treats, they are very addicting and delicious to your gecko, so getting them to eat one shouldn’t be a problem.

A leopard gecko will rarely ever turn down those two feeders, but in the case that they do, you might have to take it a step further and try feeding them a fruit that is very soft and low in acid, such as a banana.  I never thought I’d recommend doing that, but as stated above, this should only happen in a last resort kind of situation.

Keep in mind that when a leopard gecko doesn’t want to eat, the goal is to do everything we can to try and get them to, even if that means feeding them things that we normally wouldn’t feed them as long as it doesn’t cause harm.  Plus, as I said earlier in the post, feeding them a little fruit or veggies once or twice on rare occasions won’t do any damage to their bodies as long as the fruit is extremely soft, doesn’t carry any pesticides, and isn’t acidic.

Another time this is acceptable is if your leopard gecko has severe vision issues, such as blindness.  It can be very hard for a blind leopard gecko to hunt for their food considering that they’re unable to see it, so in cases like these, people have reported giving their gecko chicken flavored baby food to assist them in eating and have said to have no problems doing so.

Before feeding them something like that though, I strongly advise you check in with your local veterinarian first to make sure this is safe to feed them.  Baby food is not something that I’ve personally ever tried giving my leopard gecko, so I can’t recommend it, but as stated above, others have had success with it in cases where trying to feed insects just didn’t work.

If you’re having a hard time trying to feed your leopard gecko anything, then something may be wrong with them that you’re not aware of and you might have to get them professionally checked out to make sure there’s nothing more serious going on with their bodies.

Fruits, vegetables, or any other foods besides insects should never be your go-to diet when feeding your leopard gecko simply for the fact that their digestive tracts don’t have what it takes to break down foods like that, but in cases where your leopard gecko might not be feeling good and you’ve tried offering them all kinds of different feeders with no luck, you can get away with feeding them a fruit that’s very soft and doesn’t contain any chemicals that could be harmful to their well-being.

Before getting to that point, though, make sure to try feeding them fatty insects first as they will very rarely turn these types of bugs down due to their addictive nature.  Fruit and vegetables are and always will be something that you try to feed them only when all else fails, but should never be foods to turn to as a replacement for their insect diet.

If you’d like a reptile that is able to eat more of variety when it comes to their diet, then I suggest looking into other lizards such as the crested gecko or bearded dragon.  Keep in mind that foods other than insects carry little to no nutritional value for your leopard gecko when fed directly, so it’s best to just let your feeder insects digest and breakdown the foods that your leopard gecko can benefit from and they will handle the rest from there.