Home » Local Reptiles » Are There Water Snakes in Wisconsin? 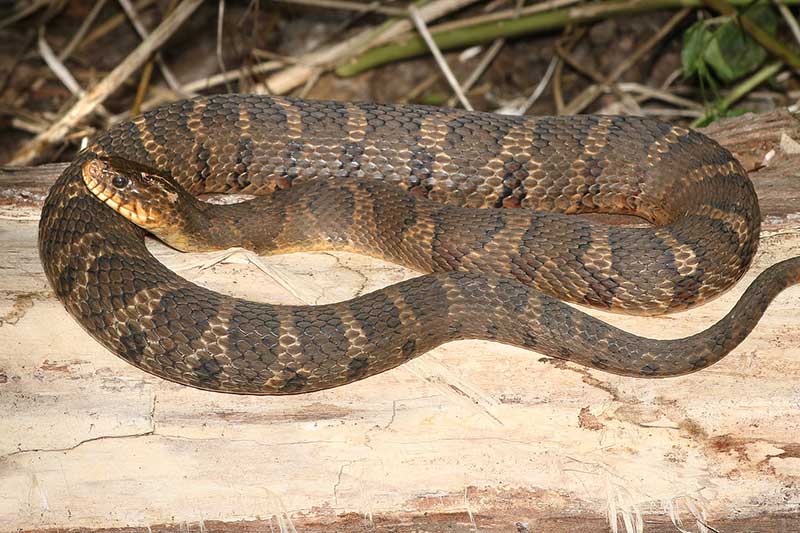 At least 21 species of snakes call Wisconsin home. Wisconsin’s geography varies widely and includes many different bodies of water, including Lake Superior to the north and Lake Michigan to the east. All of this water combined with its forests and abundance of wildlife, makes Wisconsin a great home for snakes. In this article we’ll look at the one and only true water snake in Wisconsin.

All snakes are adept swimmers and there are several other types of semi-aquatic snakes that are often seen in or near water, but they aren’t actually water snakes.

The only species of snake from the Genus Nerodia that you’ll find in Wisconsin is the common water snake, more specifically the subspecies referred to as the northern water snake.

We will use these names interchangeably throughout this article, as they are the same species. They, along with the garter snake, are among Wisconsin’s most common snakes and are actually very populous in the area.

Like all true water snakes, common water snakes are non-venomous. They can become quite aggressive when be disturbed or hassled, but will cannot cause much harm to humans. Their coloring is similar to a few venomous snakes like the water moccasin or cottonmouth, but this species does not occur in Wisconsin.

The most common snake the northern water snake is confused for is the cottonmouth. This species is a large, venomous snake that isn’t even found in Wisconsin as we mentioned, but is common in many other areas. The two do look quite similar, so it’s easy to see where the confusion comes from and how concern could be raised when you encounter an unknown species.