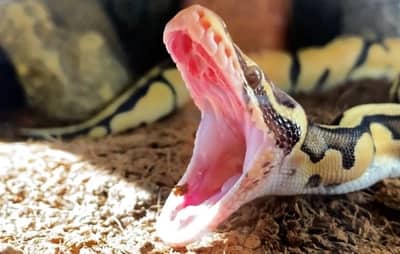 When choosing a substrate for your ball python, it’s easy to get overwhelmed. There are tons of options–and tons of conflicting opinions as well. It can be difficult to figure out what type of substrate is the best for your pet, and whether certain types of substrate like coconut fiber are safe for ball pythons.

So can ball pythons digest coconut fiber? When it comes to coconut fiber, ball python experts and owners are divided. While some love coconut fiber and praise its moisture-retaining abilities, others avoid it at all costs due to possible digestive issues.

Read on to find out more of the pros and cons of coconut fiber. We’ve also provided a guide that tells you what to look for in your decision between different substrates. Be sure to read through our detailed list of substrate options, as well as our list of the substrates you should never use.

Coconut Fiber: The Pros and Cons

Here we’ll look at the best aspects of coconut fiber, as well as its possible drawbacks.

If you’re looking for a substrate that helps maintain the humidity in your ball python’s enclosure, coconut fiber is the absolute best in that area. It’s also great for burrowing. It’s moderately priced, has a natural appearance, and has a low risk of impaction. Some owners report that their ball pythons have ingested it multiple times with no issues.

The downside of coconut fiber is that it can sometimes clog the heat pits of ball pythons, causing health issues. In addition, coconut fiber that’s extremely dry and fine in texture can turn into a peanut butter-like consistency when ingested, according to some ball python owners. When coconut fiber becomes dusty, it can create quite a mess as well. 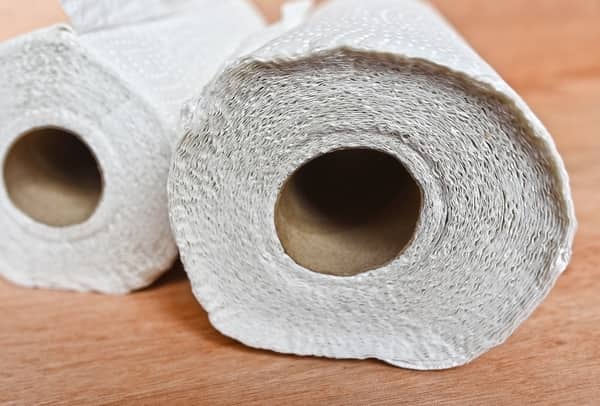 What to Look for in a Substrate

Since there are so many options available on the market, it’s important to know exactly what you’re looking for in a substrate. Here are the most important factors:

There are tons of options out there as far as ball python substrate! Below, we’ve shared some details about each type of substrate to help you narrow down your choice. 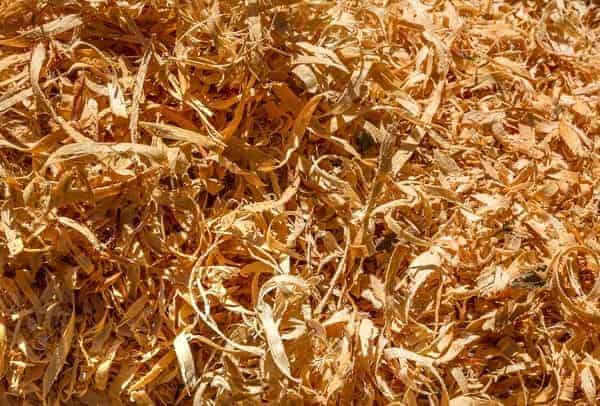 Aspen is a commonly used substrate that has a nice smell, an attractive natural look, and is great at absorbing waste. It’s awesome for ball pythons that enjoy burrowing, and its light color makes it simple to spot-clean. The downside is that aspen can be extremely messy due to how lightweight it is. It’s also known to grow mold if it stays damp for long periods of time.

Frequently referred to as “coco husk,” this substrate is made from chunks of coconut shell. It’s considered the best substrate by many ball python experts, who love its ability to retain moisture and keep the humidity level in the enclosure at the correct level.

Since it’s so great at absorbing waste and odors, it can be a bit difficult to spot clean. Keep in mind that coconut husk is one of the more expensive substrate choices, coming in at around $20 to $30 for a large bag.

The chunks of coconut shell make it difficult to burrow, but coconut husk is antimicrobial, which means that it naturally fights off fungus and mold growth. Coco husk does have a risk of impaction if ingested, so you’ll need to take precautions to keep your ball python from accidentally eating it.

Cypress mulch is wonderful for retaining humidity, but does need to be misted every few days. Ball python owners often turn to cypress mulch when they need an effective increase in humidity.

Since it’s made of large chunks of bark and cypress wood, it’s not possible for your pet to burrow in it. Cypress mulch actually resists fungus and mold growth, as well as mites. It’s reasonably priced and easy to find at pet stores and garden supply stores.

One thing to look out for is accidental ingestion–since cypress mulch is made of large chunks that can be sharp, it’s actually possible for a piece of this substrate to cause severe damage to your ball python’s digestive tract.

If you’re looking for a quick, easy, and cheap fix, newspaper (or paper towels) is the substrate for you. It’s the cheapest of all the substrate options, extremely easy to clean and replace, and rarely holds mites or mildew.

Plus, there’s zero risk of ingestion and impaction! Newspaper and paper towels are often used as substrates for ball pythons that are quarantining or recovering from illness or injury.

One negative point is that your ball python won’t be able to burrow in newspaper or paper towels. While some ball pythons do enjoy hiding under sheets of paper, regular burrowing isn’t an option. In addition, newspaper and paper towels don’t really retain moisture enough to keep the humidity level up in the enclosure.

If you’re looking for a natural substrate that will imitate your ball python’s environment in the wild, bio-active soil is a great choice. It’s great for burrowing and holds moisture well, although it does need to be misted occasionally.

Bio-active soil that’s maintained correctly contains beneficial organisms that will wipe out any harmful fungus or mites. It does come at a high price of $50 to $100, but you actually don’t need to clean or replace it–the organisms living in it do the work for you! 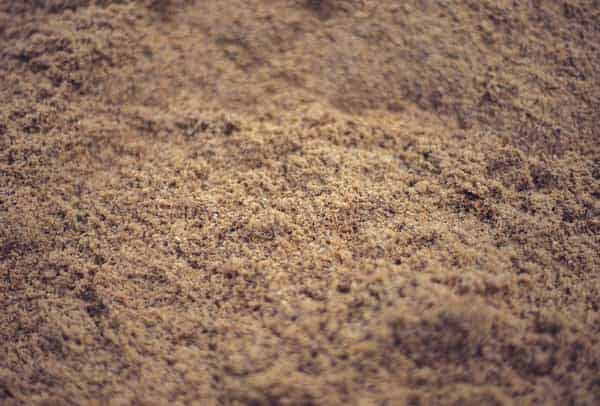 Here are some substrates to stay away from at all costs. Use of these substrates can cause health issues or injury to your ball python, so choose one of the substrates from the list above instead!

When you use sand as substrate, there’s a huge risk of impaction due to the way sand clumps up–it can easily clog up your ball python’s digestive system. It’s also well-known for rapidly growing mold. In addition, sand actually decreases the level of humidity in the enclosure and can irritate your pet’s respiratory system.

Similar to sand, gravel is easy to ingest and can cause impaction. It doesn’t absorb odor or waste, which can lead to a very smelly enclosure.

While pine and cedar shavings might seem like a nice natural choice similar to cypress mulch, they’re not recommended at all. This is because although they have a nice appearance, they can release harmful compounds into the air which can then damage your ball python’s neurological and respiratory systems.

This type of substrate isn’t recommended because it’s extremely dusty and lowers the humidity level in your ball python’s enclosure. Your pet also won’t be able to burrow, and there’s a high risk of impaction.

Coconut fiber is very controversial in the ball python owner community. Some owners love it and report there are no issues with ingestion or impaction, while others are highly concerned that it may clog ball pythons’ heat pits. As a substrate, it’s great for burrowing and maintaining humidity.

Other substrate options include aspen, coconut husk, cypress mulch, newspaper or paper towels, and bio-active soil. All of these options come with their own pros and cons. There are also some substrates to avoid: sand, gravel, pine and cedar shavings, and pellets and recycled fiber fluff. These substrates do more harm than good for your ball python.