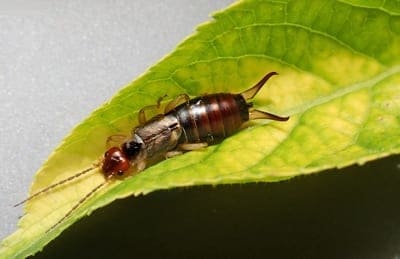 Leopard geckos absolutely love insects.  Not only because that’s the only thing that they’re allowed to eat, but also because they find them to be an extremely important and appealing source of nutrients.  That said, they love them so much that they’ll eat almost any kind of bug that’s placed in front of their face.  Despite that being true though, is that actually healthy?  Let’s find out.

Can I feed my leopard gecko wild bugs?  Unfortunately, you can’t.  It’s no secret that leopard geckos love and will indulge in many different kinds of insects, but because wild insects, in particular, can be toxic, feeding them to your gecko isn’t a possibility.

While this may be disappointing to some, there are other options out there to feed your leopard gecko if you’re just trying to introduce them to a new diet.  Many owners think that crickets and mealworms are the only insects that you can feed to your leopard gecko, but that simply isn’t the case.  If you’d like more useful information on this topic, I highly suggest reading on. 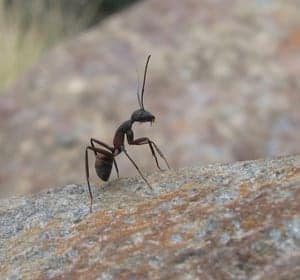 For example, if you try and feed your leopard gecko an insect such as a spider or earwig (pincher bug), the outcome of that might not be too pretty.  Not only can bugs such as earwigs inflict serious amounts of pain, but bugs like spiders can even be deadly as well.  And not only can these bugs be harmful to your leopard gecko, but to the owner as well.

Commonly fed bugs such as crickets are very safe and understood because that is a bug that has been around in the leopard gecko community for a long time, but when you’re out trying to catch random bugs on your own, you really don’t know what they’re capable of.

Just to keep it safe, it’s best to not attempt to catch your own insects and instead go the other route and buy them instead.  I know we’d all like to catch our own bugs to save money, but for the sake of our leopard geckos health, feeding them that way just isn’t worth it.

If you’d like to know where I get all of my insects so that you can maybe get a better deal than the ones you’re currently buying, then check this page out here that I put together.  That lists contains all of the feeders I give to my leopard gecko and who knows, there might be a few cheap options for you to choose from.

Before buying anything though, just be sure to make sure that the bugs you’re getting are staples.  Certain insects like super worms and wax worms are very fatty and should only be used as a snack, but other insects such as dubia roaches and of course, mealworms and crickets are much, much healthier.

Their Nutritional Value May Be Unknown

For pretty much all feeder insects out there that are safe for leopard geckos to eat, how much nutrition they carry is very well known.  If we didn’t know the nutritional value for the things that they eat, then this could be a huge problem because not only could this lead to underfeeding them, but it can also lead to overfeeding them as well.

By knowing the nutritional value for these various different bugs, you’re ensuring that your leopard gecko is staying healthy by not giving them way too much or way too little and also that you know exactly how much of each nutrient is going into their body.

That said, if you’d like to check the nutritional value for the most commonly fed insects given to leopard geckos for future reference then you can take a look at this source here.  With the insects that are out now, there is a ton of information to look at to ensure your leopard geckos safety.

But for the many different bugs that are out there just roaming around in the wild, there may not be much nutritional information.  Even if there were, it’s likely that they’re not proven to even be safe for your leopard gecko to eat.

To give you a better idea of what your leopard gecko could potentially face if given wild insects short term or long term, check out the list below:

As far as potential injuries go, unfortunately, leopard geckos can still be subjected to that with even safer insects, such as crickets, when fed in captivity.  Because most crickets are generally small though, the cuts that they can inflict will likely be much less than other insects with larger teeth or pincers such as what the earwig carries.

Common Feeders Can Still Be Toxic 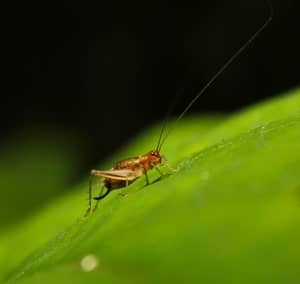 Some may think that if wild but known feeders such as crickets, locusts, and other insects are given to their gecko that they’ll be in the clear but unfortunately, that just isn’t the case.  The reason for that is that just because they’re known, there’s a high chance that if they’re wild, they can still be very toxic.

When buying feeders from reputable stores such as Amazon or any other place that’s highly trusted, you know for sure that you’re getting something that’s safe for your lizard with no question because these companies make sure that whatever they’re selling isn’t harmful.

But when you feed your leopard gecko bugs that haven’t been tested for carrying toxic substances such as pesticide or anything else that can be consumed by wild bugs, you have no idea what you’re putting into your leopard geckos body.

Mealworms, butterworms, wax worms, and all of the other insects given to leopard geckos are safe when bought from a trusted source.  But when these insects are out and about in the wild, chances are that they’re not.

If you see any of the bugs that leopard geckos commonly eat out in your backyard or wherever else you can find them, don’t give them to your lizard as they have not been subjected to the same care that insects that responsible owners give to their geckos have been subjected to.

Toxins That Can Be Present in Wild Insects

While pesticides are one of the most well-known chemicals out there to potentially be present in bugs that are out in the wild, there are many more toxins that you may not even be aware of.

The thought of your leopard gecko consuming an insect that could potentially be carrying pesticide alone is scary, but if that’s not enough to convince you to not feed them to your leopard gecko, maybe these other harmful chemicals, according to this source, might:

Although you may not know what half of these chemicals are, they all exist in our environment.  Not only are they very dangerous to leopard geckos if consumed, but they’re also dangerous if consumed by humans as well.

That said, if they can have ill effects on us, just imagine what they’ll do to our leopard geckos.  Leopard geckos are very resilient and tough lizards that can get through a lot of different things, but when it comes to consuming chemicals that even some humans can’t handle, it’s probably safe to say that that’s one thing that they probably won’t be able to recover from. 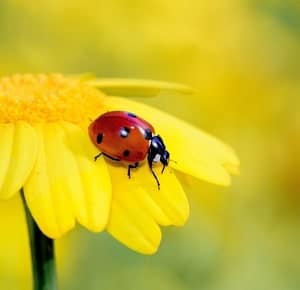 As tempting as it may be to go out and catch some wild insects to give to your leopard gecko, it’s probably not a good idea to do so.  If leopard geckos can’t even handle eating fruit, then it’s almost definite that they won’t be able to handle eating an insect that could potentially be carrying a very harmful chemical inside of it.

If feeding our leopard geckos wild insects were possible, everyone would be doing.  But because there’s so much risk in doing so, it’s really not worth it.  Just like us, leopard geckos have to eat certain foods in order to stay healthy.

If they consume something that their body doesn’t agree with or can’t break down, then the effects are likely going to turn out bad.  Feed your leopard gecko what you know they can eat and avoid giving them what you know could potentially be harmful to them.

Your leopard gecko only has one life, so do everything you can to protect it by not subjecting them to things that could be bad for their health.