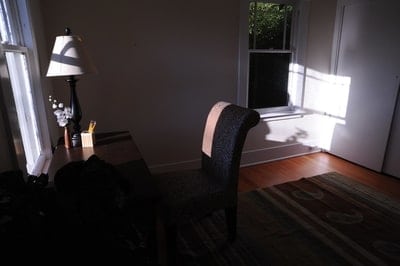 You may or may not have known this, but leopard geckos are crepuscular creatures.  This means that they come out at twilight just before the sun goes down and stay up until dawn the next day.  So, essentially, they’re night owls.  But does that mean that they don’t need light since they’re not awake to see it anyway?  Let’s find out as this is very important information to know.

Do leopard geckos need light?  They don’t need light, but because it’s good to mimic their natural habitat as much as possible, it’s best to provide them with some sort of source of it to help them keep track of what time of day it is just like the sun does while they’re out in the wild.

I have heard of plenty of people not providing their leopard geckos with light, but I don’t advise it.  Unless you’re caring for a bat or any other animal that doesn’t like the light, then I think that they should be provided with it.  Leopard geckos are great at navigating their way through the dark, but that doesn’t necessarily mean it should stay that way all the time.  Let’s dig a little deeper. 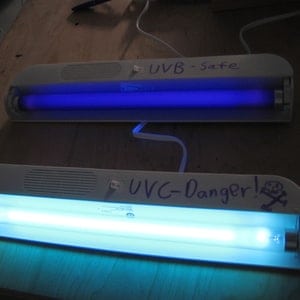 There are a few ways you can provide your leopard gecko with light, but which way you choose is totally up to you.  You can give it to them through a UVB light, a lamp, or even with just the sun that shines into your window during the day.

While each way is great and acceptable, using a UVB will mean that you will no longer be able to supplement them with D3 powder anymore seeing as UVB already provides them with that.  The good thing about using UVB is that not only does it provide a great source of light, but it also provides them with one of the main vitamins that help them survive which is D3.

If you’d like to know where to get the UVB that I used to use for my leopard gecko, then check it out here on Amazon.  Unfortunately, that one doesn’t come with a fixture, but I will be recommending one that does come with one in the future.  Keep in mind that there are other UVB lights with fixtures that you can choose from instead if you’d like.

Anyways though, for the second source of light, you can simply let nature do all the work for you and provide them with good ole’ sunlight.  These days, this is how I provide my leopard gecko with light as I find it most natural to what they’re used to in their habitat in the wild, but that definitely doesn’t mean it’s a better source of light than a UVB bulb or a lamp within the room.

Just keep in mind that if you ever decide to use sunlight as your means of providing them with light to make sure the sun isn’t shining directly into the tank.  Not only can this throw the readings on your thermometer off, but it can also make the tank extremely hot, especially on days when the sun is blazing.

So, with that said, just having them in a room where there is light whether that be near the tank or far away from the tank is fine, just as long as they can see it and it’s not shining right into the tank.

Lastly, you can use a lamp.  This way might be a little more of a hassle since you’ll have to leave your lamp plugged up and lit all day and then have to manually turn it off shortly before they wake up, but giving them light this way is still possible.

The source in which they get it from doesn’t necessarily have to be natural, its main purpose is just to get them to think that they are still out in the wild and that the light that they’re seeing is coming from the sun.

As stated above, some have gotten away with not providing them with any light at all, but I personally do not agree with this as it is not natural and in my opinion a little bit harsh since they are not animals who live their days in the dark all of the time.

The Importance of Mimicking Their Habitat

Sure, leopard geckos can live without light, but do they like living like that?  Probably not, and for one very specific reason and that’s stress.

Before owning a leopard gecko, I never knew how easily they got stressed out but as I’ve learned more and more about them over the years, I’ve learned that they are sensitive to stress and also that we should be doing everything we can to make them stress as less as possible so that they can live long and healthy lives and that includes doing things like mimicking their environment along with many other things as well.

We can’t get into all of the things that we should be doing in this one article, but we can start off with talking about their lights.  In the wild, they rely on the sun for not only their D3 needs but also to help them know when it’s night and when it’s day as well.

If they’re unable to tell the difference between the two, this could very easily cause them to stress out.  While stress is a normal part of life for us, it’s not for them.  When they stress, their immune system gets weaker, they display a multitude of physical symptoms, they start behaving differently, and they are just generally not themselves until the stress has passed.

People have gotten away with providing them with little to no light, but because doing that can make it hard to tell whether the sun is up or down, it might also mess their natural sleeping schedule up as well, which can in return, cause them to stress out even more.

So, with that said, whether you’re providing them with light through a lamp, through LED lights, through UVB, or through the sun, all will help your leopard gecko out tremendously by letting them know what time of day it is and as a result, they will be much happier and even healthier as well.

Leopard geckos have adapted to live in a very specific type of environment, so providing them with light along with everything else we provide them with will make their lives a lot easier and also very stress-free.

Here’s What Light Does in the Wild 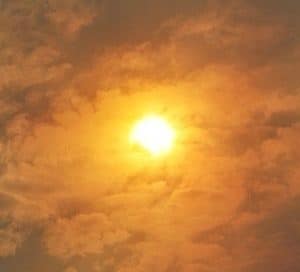 If it weren’t for the light from the sun, leopard geckos would have a very hard time trying to survive because it not only provides them with D3 but it also indirectly provides them with heat as well.  In captivity, they get their heat from either our heat lamps or heat mats, but in the wild, they get it from the rocks that the sun has shined on throughout the day while they were asleep.

And while they’re not basking animals, sometimes they like to occasionally pop out and get a little sun in order to warm up their bodies for digestive and comfort reasons.  The light from the sun serves many purposes and while they’re sometimes without it in captivity, they still need something that resembles it to make them feel like they’re still out in nature.

In unison with our heat lamps and heat mats, the light that we decide to provide them with gives them the impression that they’re out in the sun and therefore, gives you a happy gecko in return.  Technically speaking, no, they don’t need any type of light in order to survive, but they do appreciate it whenever they have it.

It may be natural to think that they don’t need it seeing as they don’t wake up until the sun is going down, but somehow, they still find a way to benefit from it whether they get a lot of it or not.

Unlike many other animals, leopard geckos like to do most of their moving and hunting around at night.  Even though their senses allow them to do that, it’s not necessarily something that they should have to rely on 24 hours out of the day.

Light plays a huge role in letting them know the difference between day and night and without a source of it, they could get confused because it’s not what their bodies are adapted to.  With so many different ways to provide them with light, there’s no reason why all leopard geckos shouldn’t at least have a little of it.

Whether you want to use a UVB light or a lamp, light is light, and no matter what you choose, they’ll definitely appreciate it way more than just being in the dark all of the time.