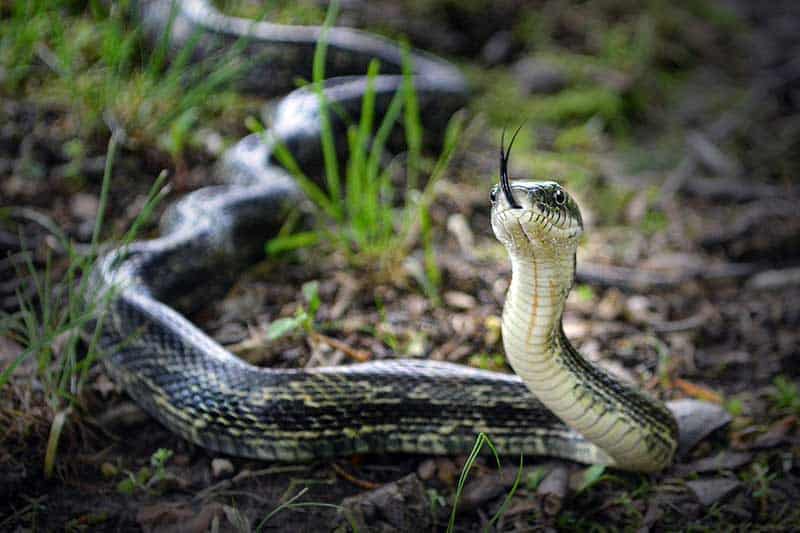 Snakes are an often unappreciated member of the animal kingdom. Many people wonder what benefit snakes have in the ecosystem and how snakes are helpful in the natural world and humanity. You may be surprised to find that snakes have an important role in the natural world and in the scientific world, which is why we should promote their conservation.

The importance of snakes

Snakes are helpful in the natural world, our human world, and even in the world of medical science. Snakes have a role to fulfill in the natural food chain, keeping populations of other animals in check, and their venom is used in the research and production of medicines for humans.

Of the 3500 species of snakes worldwide, only 600 species use venom as a means to hunt or protect themselves. Very few of the 600 species of venomous snakes pose a danger to mankind when bitten by these snakes.

Of the 600 venomous species, very few live in a single location, making the majority of snake species on a continent or region harmless to people.

Some snakes are highly venomous and certainly dangerous, but these dangerous few are used to paint the entire snake family with the same brush, resulting in fear and superstition!

In most cases, even the most venomous of snake bites may not be fatal to humans if the proper medical care is provided in time.

The potential danger of these animals has led to snakes having an undeserved bad reputation among humans. This is mostly due to our lack of understanding of these animals’ role and how helpful they are in our world.

Since snakes are part of the larger animal kingdom, they have a role to play in this kingdom, just like any other animal member!

1. Snakes Are Part Of The Food Chain

Many people think that snakes are ruthless killers that go about biting and killing everything they come across. This is a myth from our own superstitions since snakes fill a particular niche in the food chain of being both predator and prey.

The food chain or food web is an important system in the natural kingdom that helps maintain balance and keep certain animals from increasing to the detriment of other creatures. However, animals eat those below them in the food chain and are eaten by those above them.

Snakes eat a variety of other animals that are lower than them in the food chain and contribute to keeping these animal populations under control and in balance in the natural system.

Snakes will eat the following animals

Snakes perform a valuable function in keeping the numbers of the animals in their list of prey animals under control. Preventing overpopulation of these animals leads to a healthier ecosystem and a natural balance.

But what keeps the snake populations from increasing and becoming a problem themselves? This is where the food chain comes into play, and animals on the same level or higher than the snakes will serve to control snake numbers.

Snakes are an important food source to the following animals

2. They keep rodent populations under control

The main way that snakes are helpful to humans is in keeping problem animal populations under control.

Rodents are probably one of the most destructive and disease spreading animals as far as humans are concerned. Rodents are responsible for spreading disease and destroying food crops that feed people, especially when the population of these animals gets out of control.

Snakes help keep the population of rats and mice down to manageable levels, making their prolific breeding less of a problem to people.

Snakes are even used in the role of security. The fear that many people have for snakes will often prevent them from committing burglary in homes where snakes are kept as pets, which is advertised by appropriate signage on the house.

This is particularly true in communities where superstitions around snakes are commonplace.

Many people like snakes and keep them as pets, where they derive a sense of companionship from keeping these animals and helping to change the much-maligned reputation of these animals.

The venom from snakes that use this method for hunting and self-defense proves useful in many medical science areas.

As we investigate the complex chemical properties, we are finding an increasing number of uses for these venoms in medical treatment for people.

Snake venoms have also been the base template for developing and producing highly effective medicines for the control of high blood pressure and treatment for heart attacks and heart failure.

In abdominal and plastic surgery, snake venom-based medicine is used as a blood coagulant to prevent excessive bleeding.

Many other potentially life-saving medicines derived from snake venom are currently undergoing research and investigation.

Surprisingly to most people, snakes have a vital role in our natural world and have a direct impact on agriculture and food resources that affect people worldwide. Controlling pests that decimate crops and food supplies is one such role where snakes are a key solution.

Snakes also benefit our healthcare and have proven useful for the development of many life-saving medications that would otherwise not be possible.

So next time you see a snake give some consideration to the benefit that these animals provide to humans. They deserve some respect and admiration for the niche they fill in the natural world and the direct impact they have on our world!