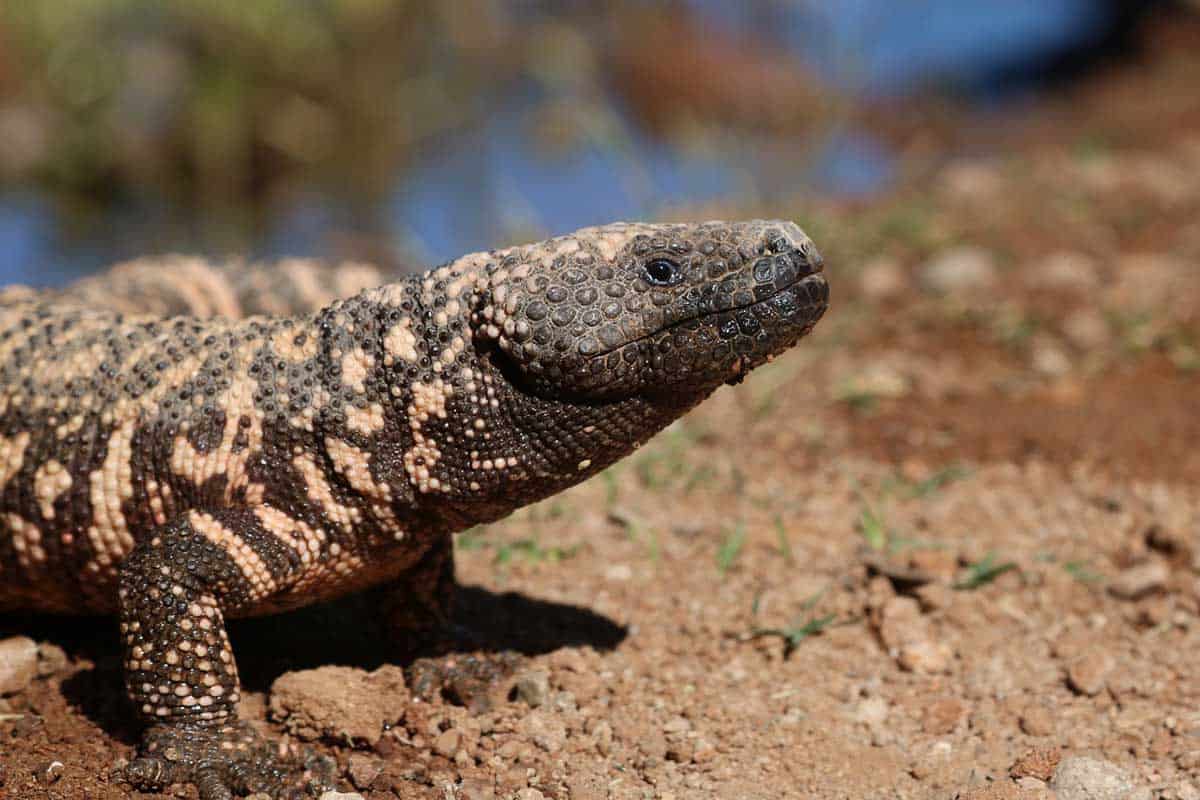 Arizona’s are very diverse with at least 60 different species, this is more than most other states in the U.S. Arizona is home to 4 desert regions, including the Mojave and the Sonoran, that make perfect habitats for most of these species of lizards. In this article we’re going to learn a few fun facts about 8 of these Arizona lizards as well as look at a picture of them.

These desert-dwelling lizards are found primarily in Arizona and Mexico, with perhaps some in extreme southern California, Nevada, Utah, and New Mexico. One way that the gila monster is unique is that it’s the only venomous lizard in the United States and one of only a handful in the world. They are thick, heavy-bodied lizards that can reach close to 2 feet in length as adults.

Among the unique things about this lizard is their very spiky scales that supposedly make them less likely to be eaten, but also one unique ability. Horned lizards have the ability to squirt blood from their eyelids to scare off predators.

Holbrookia elegans, aka the elegant earless lizard, is a small lizard with a long tail that can be found in some areas of southeastern Arizona. There are about 5 different species of earless lizards found in the state.

The common chuckwalla is actually in the iguana family. Along with the gila monster, they are among the largest lizards found in Arizona reaching lengths of up 20 inches or more as adults. Like other iguanas, chuckwallas are omnivores and feed on leaves, fruit, as well as insects.

This unique Arizona lizard has a limited range and is endemic to the southwestern United States and areas of nearby Mexico. Alligator lizards are only found in southeastern Arizona and southwestern New Mexico in the United States. They reach up to 5.5 inches in length as adults and feed on various invertebrates in the wild such as insects and spiders. 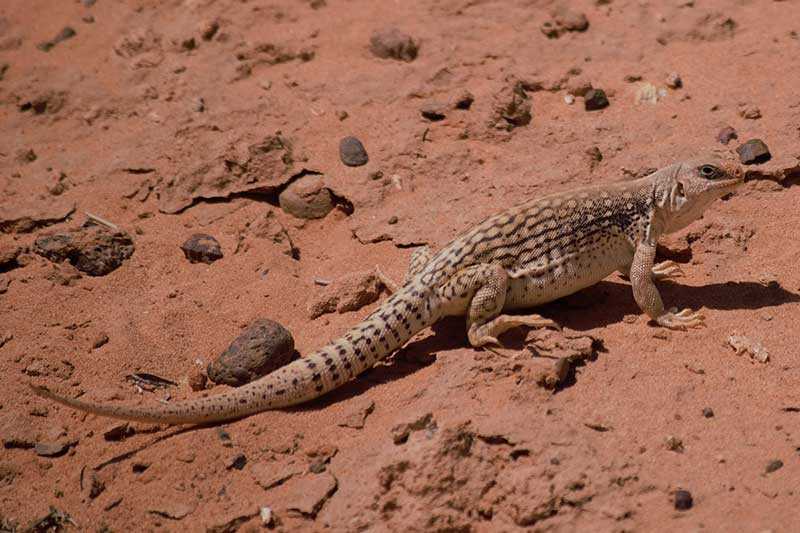 There are at least 3 species of iguanas in Arizona including the desert iguana, the common chuckwalla, and the spinytail iguana. I can find no mention of there being a population of invasive green iguanas in Arizona.

The desert iguana pictured above is one of the most common types of lizards in the both the Sonoran and the Mojave desert regions of Arizona. They can reach 10-16 inches in length and are primarily herbivores that eat fruit, foliage and flowers.

The ocellated bronze skink is not native to the United States but invasive populations have appeared in both Arizona and Florida. This species is often kept as a pet which is why the invasive populations. The future for this lizard is uncertain in Arizona, but for now they have been confirmed sighted in Maricopa country.

The great plains skink is a common lizard found throughout states like Texas, Colorado, Oklahoma, Utah, and Southeastern Arizona. It’s one of the largest types of skinks in the United States and can reach 16-18 inches in length.