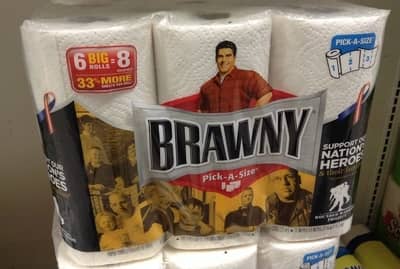 Paper towels are one of the most commonly used substrates amongst many reptile owners across the world, so it’s no surprise that from time to time, there will be issues with our lizards eating it.  There are many substrates that are recommended to leopard gecko owners that are safe if ingested while others aren’t, but are paper towels one of those safe or unsafe substrates?  Let’s find out.

Should I be worried if my leopard gecko at paper towel?  No.  While they shouldn’t be eating it, it is safe for them to consume and can be broken down and passed through their digestive tract with no problem.

When items within the tank get eaten by our geckos, it’s worrisome.  There are many different substrates that leopard geckos have been put on that are bad for them if ingested, but luckily, paper towels aren’t included in one of those substrates.  In addition to not only being safe, paper towels are also very beneficial to use as well.  With that said, read on to learn more about this topic. 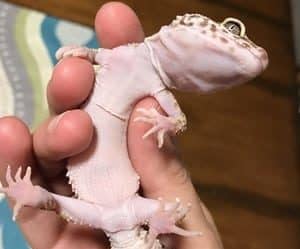 If your concern is impaction which it likely is, then don’t be worried.  There are substrates out there that can cause impaction, but because paper towels are so thin and break apart easily, the chances of that happening to your leopard gecko after they’ve consumed it are very low.

Because there are so many different types of paper towels out there though that vary in durability, it may take a little longer than you would expect for some brands of paper towel to pass after being ingested than others.  If this is worrisome for you, then instead of choosing a heavy-duty brand of paper towel, choose the standard kind that is much thinner.

The only downfall to using thin paper towel is that it will likely have to be replaced a lot more often compared to other types of substrate such as rock slate or stone tiles because of how thin it actually is, but it is fairly easy to replace and you won’t have to worry as much using it as it won’t be as hard to pass in comparison to how stronger paper towels would be.

In addition to that, it’s cheaper, it’s available almost everywhere as opposed to other substrates, and it can help with sheds as it holds water which in return helps raise the humidity within the tank.

If you’re someone who currently uses paper towels then you probably already know all of that, but I just wanted to put that out there to let people know who aren’t using paper towels as a substrate the benefits that they have over other substrates that aren’t as beneficial.

If you’re still concerned though, then check out this substrate here from Amazon that I currently use in my leopard gecko tank.  It has almost all of the same benefits as paper towels do but it doesn’t have to be cleaned as often, which is obviously one of the greatest substrate benefits a leopard gecko owner could ask for.

In addition to that, it’s also easier on the eyes than paper towels and it only comes in one texture so there’s no risk of impaction.  There really isn’t a risk when using paper towels either, but because some brands can sometimes be very tough as stated above, I’d say it’s a safer option.

Whichever one you decide to use though is fine and there’s nothing to worry about using either one.

While ingesting a little paper towel has rarely ever caused any issues for reptiles that have consumed it, that doesn’t mean that we still can’t assist them in passing it so that it comes out sooner than later.

Luckily, there’s a couple of ways you can help them do it.  The first way is to give your leopard gecko a few drops of olive oil in their mouths.  Olive oil isn’t necessarily bad for them, but it’s not good for them if they’re given too much either.

With that said, all you’ll need to give them are two small drops out of a syringe or a dropper.  The reason why no more than this should be given to them is because leopard geckos are insectivores, so if they consume anything that their bodies aren’t meant to digest, then they could have serious digestive issues as a result.

Normally, I wouldn’t suggest giving a leopard gecko anything outside of insects because of their strict diet, but when dealing with issues like these where they’ve consumed something that they shouldn’t have, there are some exceptions that can be made without putting your leopard gecko in any kind of harm.

If the olive oil remedy doesn’t work, then another solution is to give them a lukewarm bath while rubbing the underside of their stomach to hopefully stimulate a bowel movement.  The reason this sometimes works is because the warm water helps their digestive system perform better, so in order to help get that paper towel out that much quicker, try it out and see what happens.

If neither of those two methods don’t work and your leopard gecko still hasn’t used the ‘bathroom’ after about 5 to 7 days, take them to the vet.  A trip to the veterinarian isn’t something that is likely to happen from a little paper towel consumption, but just to be on the safe side, that is what you will want to do after all else has failed.

Again, impaction is extremely unlikely to happen from your leopard gecko just swallowing a little bit of paper towel.  But as I said before, it’s better to be safe than sorry by simply keeping an eye on their behavior over the next couple of days after it’s happened.

If you’re noticing that they’re acting out of the ordinary, then the paper towel in their stomachs is likely bothering them enough to cause them to act this way.  With that said, here are a few behaviors to look out for that will indicate to you that they’re probably experiencing a little discomfort:

As stated above, if any of these symptoms persist after about a week or so, it’s time to take them to the vet to get them properly treated.  Impaction is a very serious matter that has and will continue to claim the lives of many different reptiles over the years but if you get them checked out within a relatively timely manner then your leopard gecko more than likely won’t meet the same fate.

Also, keep in mind that symptoms of impaction should never be ignored as your leopard gecko can progressively get worse as time goes by.  They’re capable of recovering from a lot, but the majority of the time, they aren’t able to do it alone.

If you suspect that your leopard gecko is struggling at all with backed-up bowels, then take action.  They can only survive so long until their little bodies can’t take it anymore, so make sure you’re doing everything you can to ensure that they stay alive.

Sometimes it’s hard to differentiate normal behavior between signs of distress for new owners, but with the right knowledge, you should be able to spot any behavior that’s out of the ordinary pretty easily.

Luckily, paper towels have never been a huge threat to a leopard gecko when consumed compared to other commonly suggested substrates such as sand, but that still doesn’t mean that it shouldn’t be treated as a serious issue.

Yes, it will likely pass on its own and without assistance, but to really make sure that it does, it’s best to help your leopard gecko pass it anyways so that they can go back to their normal ways like nothing ever happened.

If you’ve noticed that they, in fact, have eaten a chunk of paper towel from out of their tank, then start caring for them immediately by following the steps above.  The sooner they get it out of their systems, the better.

Hopefully, this article doesn’t scare you away from this awesome substrate because paper towel consumption isn’t usually something that merits a whole lot of concern, stress, or attention.  But, when it comes to your leopard gecko and their health, you can never be too safe.

Yes, they will likely pass it on their own without any help, but impaction is still impaction regardless of how safe the item was in which they consumed and should be treated just as serious as impaction from any of the other more dangerous substrates.

Just remember to not freak out and instead providing them with ways of relief the moment you find out that they may be impacted by doing the two things that I suggested above.  Since paper towel is the only thing that was swallowed, those two solutions should without a doubt clear your leopard gecko up from however much of it they have in their stomachs.

It is very likely that they will pass the paper towel before 5 to 7 days after consuming, but if not, then call your nearest herp vet and ask them what you should do from there.

They will probably end up telling you to bring your leopard gecko in so that they can physically check them out, but if you’ve done everything you can and your lizard still hasn’t passed the paper towel, then, unfortunately, that will be your only option if you want to save their life.