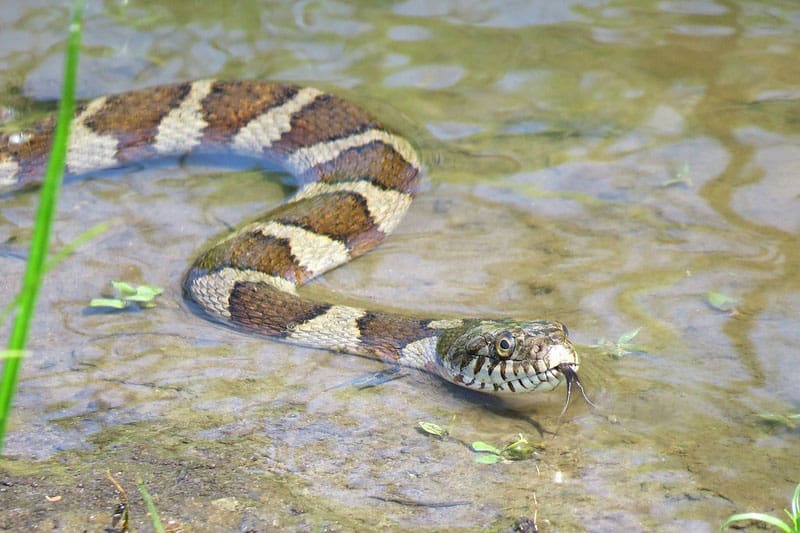 While all snakes are adept swimmers, some prefer water more than land. The species on the following list of water snakes in Maryland fall under the Genus Nerodia, more commonly referred to as water snakes. Water snakes are nonvenomous colubrid snakes that exhibit highly aquatic behavior. The Genus includes 9 total species, and all are native to North America.

Maryland is a small state, but despite it’s size there are still plenty of favorable habitats for wildlife of all types, including the state’s 27 species of snakes. Let’s take a look at the 2 types of water snakes you can find in the state of Maryland!

The 2 Types of Water Snakes in Maryland

This snake commonly is found basking on logs and rocks. They also commonly inhabit reservoirs in the limestone that lines all of the rivers’ shorelines. It’s clear to see why this snake occurs in all of the state of Maryland, as well as most of New England including Pennsylvania to the north. 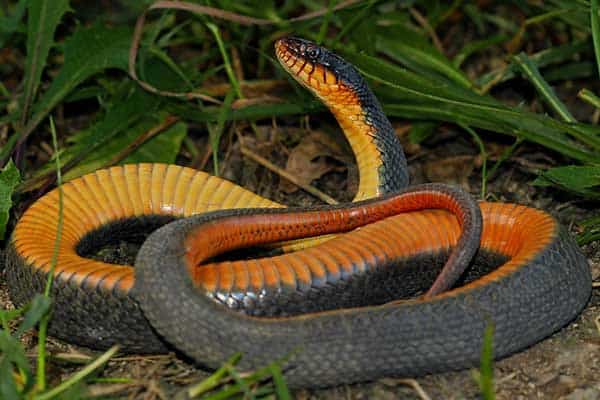 The plain-bellied water snake, or red-bellied water snake, is commonly found in Maryland and the eastern half of the United States. These water snakes averages two and a half feet to four feet long and has a gray or green/grey back without markings. Their belly tends to be reddish orange, hence their name.

Plain-bellied water snakes feed off of fish, toads, frogs, tadpoles, salamanders, and crayfish. This snake is aquatic, but it may be seen basking on logs in water or along the shoreline. Like most water snakes, it is non-venomous, but they will release large amounts of nasty-smelling musk from glands at the base of the tail.

Like other water snakes, their young are born alive in late summer.