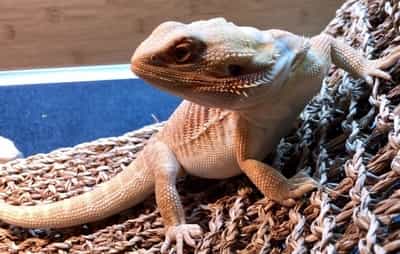 Bearded dragons have tons of entertaining habits–and pushups are definitely some of the cutest. But while watching your pet do pushups and bob its head is fun, what does it mean? Is your bearded dragon trying to tell you something through its behavior?

So why does my bearded dragon do pushups? Pushups are usually paired with head bobbing, which can be used as a way to attract mates or a method to intimidate other bearded dragons.

In this article, you’ll learn about exactly what pushups indicate to bearded dragons and why they engage in this behavior. You’ll also get to read about a variety of bearded dragon behaviors and their meanings.

Push Ups and Head Bobbing: What Do They Mean?

It can be quite entertaining to watch your pet as it does pushups and bobs its head–but what exactly is it trying to communicate? For the most part, pushups are associated with two different behaviors for males: asserting dominance over other bearded dragons and attracting potential mates to breed with.

In the case of female bearded dragons, they may return a male’s head bobbing with slow pushups to show their interest. 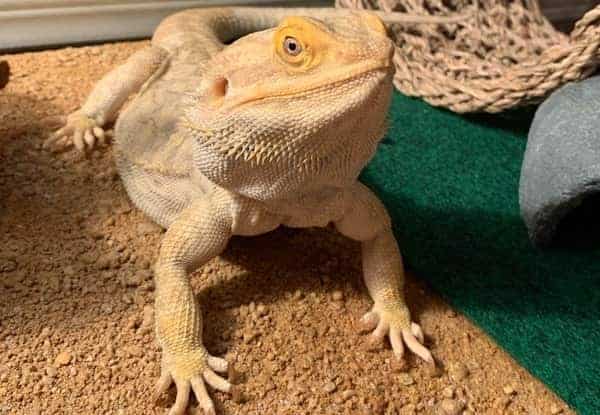 A Show of Dominance

Very similar to humans at the gym, a bearded dragon will display its dominance by showing off its strength. Pushups are a great way to demonstrate a bearded dragon’s strength and potential to fight off anyone who wants to set foot on its territory.

They show that a bearded dragon is ready and prepared to protect the area it claims as its own. In addition, pushups can be used as a form of intimidation if a predator is nearby and running away isn’t an option.

While pushups are typically used as a form of communication between two or more bearded dragons, some of these lizards will use pushups in an attempt to show dominance to humans. For example, lizards kept in captivity in a zoo are often seen doing pushups when they feel overwhelmed by too many visitors or spectators.

Your pet may also do pushups as a display for you as its owner if it doesn’t feel comfortable or safe around you.

A Way to Attract Mates

Again, similarly to human males, pushups are a way for male bearded dragons to entice potential mates. Pushups show off strength, dominance, and good genes–if a male bearded dragon does pushups, it’s a sign that he’s in peak physical condition.

A female bearded dragon is typically most attracted to the strongest-looking males, the ones that do pushups, puff up their beards, and basically display a natural sense of power. Usually, males will do pushups while bobbing their heads aggressively at females when they want to get their attention.

If the female is interested, she’ll slowly do pushups in return and may also wave as a sign of submission or willingness to mate.

Other Signs of Dominance in Bearded Dragons

Aside from doing pushups, bearded dragons have plenty of other ways to establish a hierarchy and show others who’s in charge.

While slow arm waving is usually a sign of submission in bearded dragons, fast arm waving paired with head bobbing is a sign of aggression and dominance. When a bearded dragon waves, it picks up one of its front arms and moves it in a circular motion.

Sometimes bearded dragons will alternate between their front arms while waving, or if they’re laying on a surface that supports their body, they might wave with both arms at once.

Bearding is a behavior in which the bearded dragon darkens and puffs out its beard in order to look larger and more intimidating. This behavior is actually how bearded dragons earned their name! Bearding can be used to scare off other bearded dragons, show off for females, or as a response to stress. 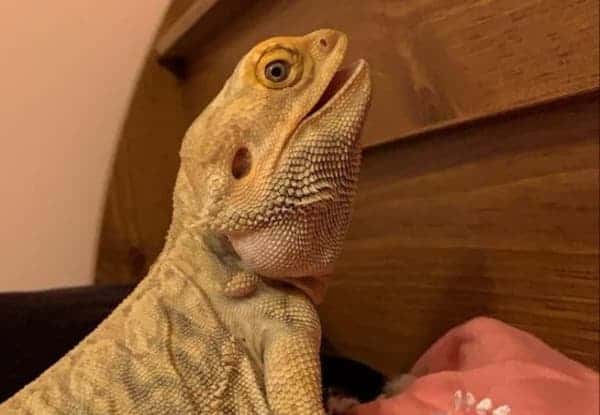 Head bobbing, when a bearded dragon slowly moves its head up and down, is often seen in combination with other behaviors such as arm waving, bearding, and doing pushups. It’s one of the main ways bearded dragons establish a hierarchy among themselves.

While slow head bobbing is a sign of submission, more rapid head bobbing shows dominance. Head bobbing can be very powerful and aggressive, sometimes even causing the bearded dragon’s front feet to come off of the ground!

You’ll usually see a bearded dragon bobbing its head when another bearded dragon enters its territory. It’s a way to tell others to keep their distance. But you’ll also notice a lot of head bobbing during mating season, among both males and females.

Inflating and Flattening the Body

Another way bearded dragons can make themselves appear larger and more intimidating is by inflating their body and flattening it out. This behavior can be aggressive, but it can also be passive.

In order to compensate for being smaller in size, the bearded dragon will inflate its body and turn sideways in order to appear larger. Female bearded dragons that don’t get along also show this behavior.

Laying on Top of Each Other

The dominant bearded dragon in this situation may restrict the other’s breathing due to the weight it’s putting on it. It may also keep the submissive bearded dragon from getting enough heat and UV light by blocking the light and heat source with its body.

Bearded dragons sometimes stomp at others who enter their territory. This can also be used as a mating behavior to impress female bearded dragons. Typically, stomping occurs when a bearded dragon bobs its head so hard that one or both of its front feet come up off the ground. 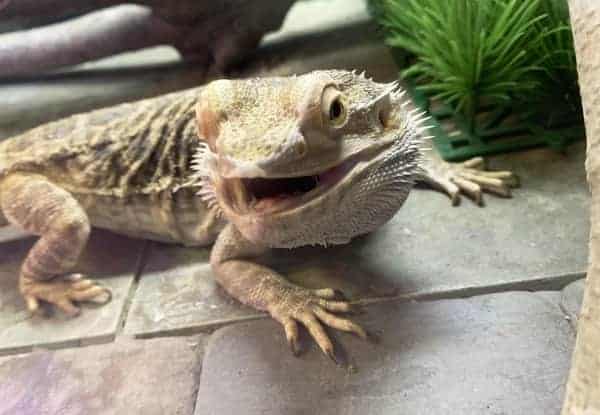 Additional Behaviors and Their Meanings

Aside from all the behaviors that correlate with dominance and mating, there are still more activities bearded dragons engage in. As a bearded dragon owner, it’s important to be able to understand what your pet is telling you through its body language and behavior.

If your bearded dragon is doing pushups, it’s most likely a way for it to establish its dominance or to attract a mate. Other behaviors your pet may engage in if it’s trying to show that it’s the alpha are arm waving, bearding, head bobbing, inflating and flattening the body, laying on top of another bearded dragon, and stomping.

Twitching its tail and changing color are a couple of behaviors that occur during mating season, while digging, gaping, and glass surfing are a few other behaviors that it’s good to be familiar with as a bearded dragon owner. With this knowledge in hand, you should be ready to interpret your bearded dragon’s behavior better than ever before!