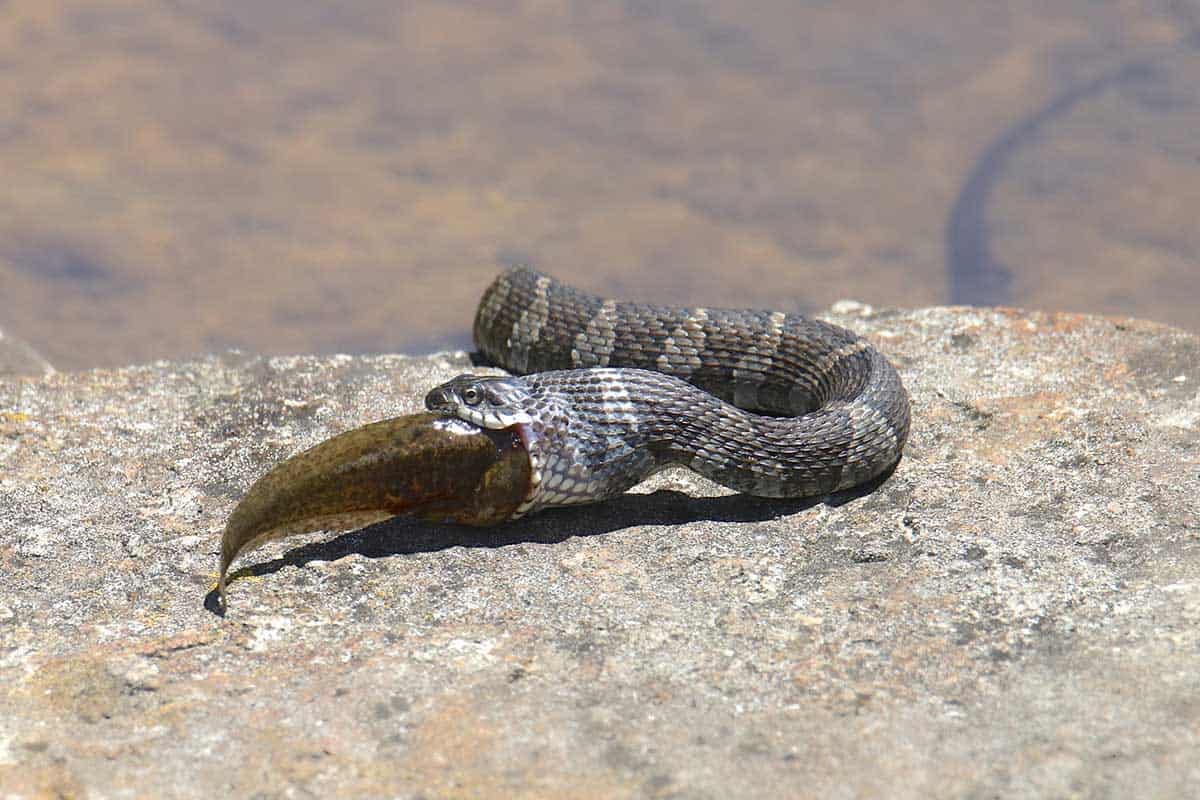 There are 11 species of snakes live throughout the state of Vermont. There’s a certain type of snake that prefers to live in or near the water. It’s these snakes that we’re looking at in this article, the water snakes in Vermont.

With that being said, let’s have a look at Vermont’s one and only water snake.

Are there water snakes in Vermont?

There are currently 10 species of water snakes in this category, and all can be found in the United States. Out of these 10 species just one can be found in Vermont and that’s the northern water snake. They are common throughout most of Vermont, though not as common in the northeastern portion of the state. Here is a range map of this species.

Northern water snakes are not picky and like a wide variety of aquatic habitats. They do prefer slow-moving or standing water, such as ponds, lakes, and marshes, but can also be found on rivers and basically any wetland area in Vermont.

Northern water snakes are mostly solitary animals and are primary diurnal, meaning they are most active during the day, though they will hunt at night. They hibernate in the winter and are most social immediately before and after hibernation. During this time, you may see groups of common water snakes basking together on rocks and enjoying the sun.