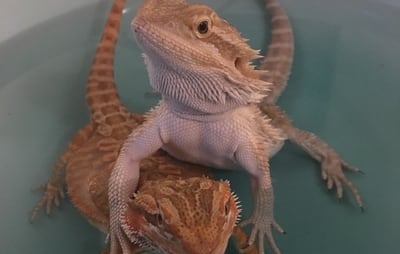 When it comes to breeding lizards, you may wonder exactly what the protocol is when it comes to letting bearded dragons from the same clutch reproduce. Is it normal, or should it be avoided at all costs? It can be difficult to guess what will happen if siblings are allowed to mate, especially if you’re a first-time breeder.

Below, you can read the arguments in favor of and against breeding siblings. We’ve also provided some great tips about the breeding process, as well as a step-by-step guide to get your and your bearded dragons ready for breeding.

Breeding Siblings: The Pros and Cons

There are two schools of thought when it comes to breeding siblings; it’s a pretty controversial and divisive issue. While many agree that it’s a common and mostly risk-free practice, there are also several experts who disagree. Below, read each of their arguments before deciding for yourself whether or not to breed siblings.

Arguments in Support of Breeding Siblings

One big reason to breed siblings is to carry on a genetic pattern such as a specific color or other feature. The reason certain patterns and colors of bearded dragons (and many other animals) are now commonly available for purchase as pets is because of inbreeding.

Think of purebred breeds of dogs and cats, for example. It would be impossible to continue a pure bloodline without inbreeding.

While those who support the practice usually agree that it can cause birth defects, they argue that this typically doesn’t happen until you’ve bred siblings for over seven generations. Often it’s only suggested to breed bearded dragons from the same clutch if you’re trying to “breed up” a certain characteristic. 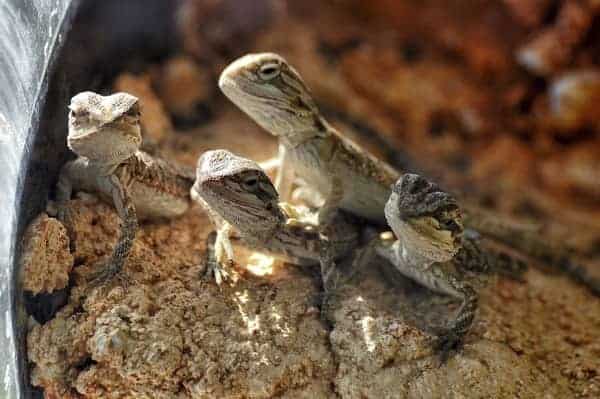 Many bearded dragon owners feel very strongly that it’s unsafe and irresponsible to inbreed, regardless of the type of animal. They claim that inbred bearded dragon babies are often small and weak, and can have birth defects that make it impossible to live a normal life.

When bearded dragons are inbred for the purpose of creating offspring with certain colors and patterns, hereditary diseases can be overlooked. Then, if one of the original bearded dragons has a disease, it can be passed down generation after generation until you have a group of very sick bearded dragons.

If you’re considering breeding your bearded dragons, here are a few important things to consider!

It may seem like the simplest way to breed your bearded dragons is to just allow a male and female to live together. However, this isn’t the best choice because the male bearded dragon will typically cause a lot of stress to the female.

Know What Behaviors Indicate Your Bearded Dragons Are Ready to Mate

Bearded dragons reach sexual maturity and are old enough to breed at 18 months, but many experts suggest waiting until they reach 24 months.

Consider the Responsibilities That Come With Breeding Bearded Dragons

During a single pregnancy, a female bearded dragon can lay up to 120 eggs! With the possibility of over 100 babies hatching, there’s a lot to keep in mind. First, consider the time commitment.

Taking care of baby bearded dragons will take up about two to four hours of your time each day. It’s very important to devote enough time to caring for them so that they can grow up healthy and develop properly.

It’s also important to think about the cost of feeding and housing the babies. You’ll be responsible for purchasing thousands of crickets per month in order to feed them properly, as well as providing sufficient enclosures. Breeding bearded dragons definitely takes a lot of effort and dedication, so be sure that you’re prepared! 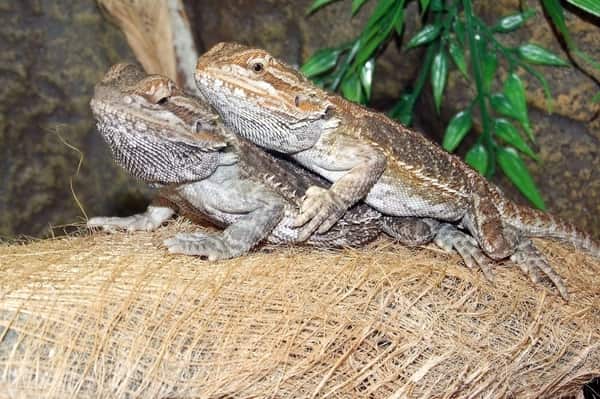 Educate Yourself on the Proper Breeding Process

You’ll want to read up on the process step by step. If you’re able to meet with a breeder and learn from someone who has firsthand experience in breeding bearded dragons, that’s even better! First-time breeders often assume that the process will be easy and fun, but the reality doesn’t always meet their expectations.

Whether you’ve decided to breed two bearded dragons from one clutch or from different clutches, here is a basic step-by-step guide to help you along the way.

Take Your Bearded Dragons to the Vet

Before breeding any bearded dragons, whether they’re related or not, the responsible thing to do is to take them to the vet. This way you can make sure that your pets are developing properly, don’t have any viruses, and are ready to reproduce. You’ll also want to ask your veterinarian if your bearded dragons are healthy enough to brumate.

Get Your Bearded Dragons Ready to Brumate

Brumation is very similar to hibernation. In the wild, bearded dragons are inactive for months at a time during the colder winter season. After coming out of brumation, they typically show signs of being ready to breed. You should never try to force brumation, but there are a few things you can do to encourage it.

Over a period of about two weeks, you’ll want to slowly lower the temperature in your bearded dragon’s enclosure (your eventual goal is to not have the heat source turned on at all) and begin to reduce the amount of food you offer your pet.

Make sure that your bearded dragon has eliminated all waste after being fed. If food stays in the stomach during brumation, it can actually rot and cause your pet harm. Once you’re sure that everything has been digested and eliminated from your bearded dragon’s body, it’s time to turn off the heat source and UV light and leave your pet to brumate.

Give Your Female Bearded Dragon Plenty of Supplements

Once your bearded dragons have come out of brumation and are showing signs of being ready to breed, there are still a couple more steps to take before putting your male and female bearded dragons together.

You’ll definitely want to make sure to give your female bearded dragon both calcium and Vitamin D supplements daily for two weeks straight before getting into the actual breeding process. This ensures that she will be healthy enough to successfully carry three to four clutches of eggs. 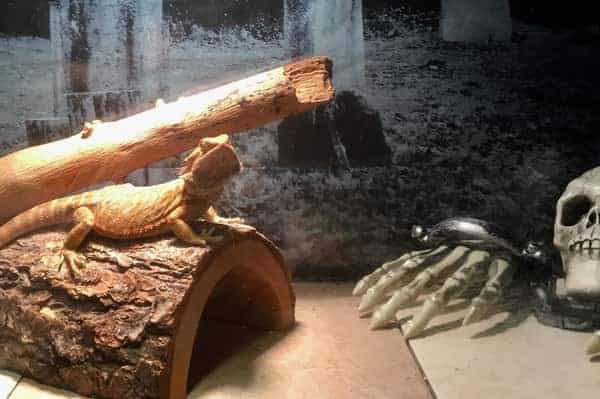 Put Together a Tank Specifically for Breeding

While it’s definitely possible to use your male’s or your female’s tank for breeding, it’s best to set up an entirely separate tank for the process. This way you can eliminate most of the risk of your bearded dragons fighting over territory or feeling threatened by having another bearded dragon in their enclosure.

You’ll also need to make sure the breeding tank is large enough for both bearded dragons to feel comfortable. 75 gallons will work, but 100 or 120 gallons is the ideal size. It’s important to add branches and rocks to the tank as well to create a varied environment where the bearded dragons can explore and hide as they please.

Put Your Bearded Dragons Together

Once you’ve followed all of the steps above, it’s finally time to allow your bearded dragons to breed! Make sure to never leave them unattended–if they do get into a fight, you’ll be there to prevent things from getting out of hand.

Get Ready for Baby Bearded Dragons!

Once your female bearded dragon is pregnant (usually referred to as “gravid”) you’ll need to purchase all the supplies you’ll need to care for her eggs. A lay box, an incubator, and baby bins are all essentials.

When it comes to breeding bearded dragons from the same clutch, the lizard community is pretty split. While inbreeding is responsible for keeping bloodlines pure and producing bearded dragons with desirable traits, many believe it can also cause birth defects and make babies smaller and weaker than they would be otherwise.

These are definitely factors to consider when you’re making the decision of whether or not to breed siblings!

Generally, it’s important to keep your male and female bearded dragons in separate tanks until it’s time for breeding. Living together can be very stressful and can cause disputes over territory and displays of dominance.

You’ll also want to put a lot of effort into educating yourself on the process before following our step-by-step guide to breeding your bearded dragons.