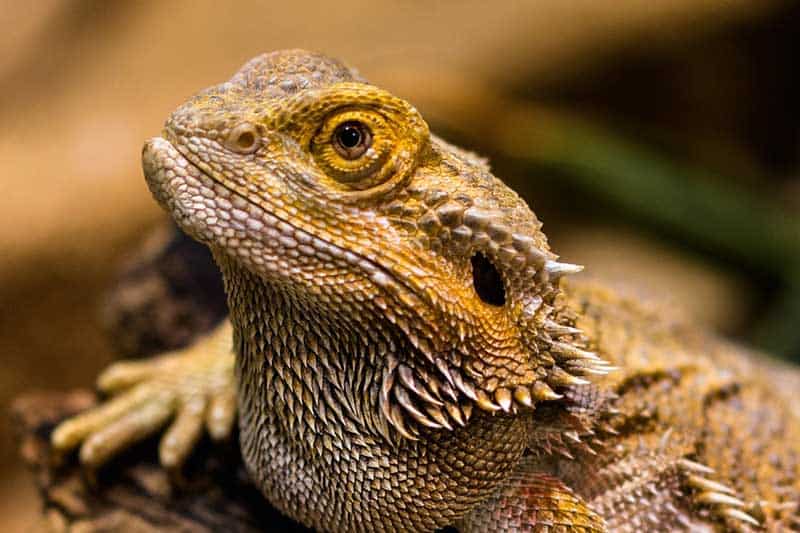 The scaly little bearded dragon, genus Pogona, has a mighty name for a small reptile. These beloved lizards are one of the most common pet lizards in America and Europe. So, what makes them so popular? And why do people enjoy having them in their homes to play with and watch? There are definitely some interesting characteristics that these pets have. Here are 28 interesting facts about bearded dragons to explain why so many people have them as scaly friends.

Here are 28 facts to satisfy your curiosity about bearded dragons.

1. They Are Native to Australia

Bearded dragons were introduced into the United States in the 1990s. Almost all of them in the U.S. were bred to be pets. However, they are illegal in Hawaii.

2. They Are Docile and Easy-Going

Being bred as pets makes bearded dragons very docile. They are known to be very easy to leash-train. You can find multiple leashes for sale, including some with decorative wings. In fact, they are so relaxed and easy-going, you can even casually dress them in clothing or costumes for Halloween.

3. They Can See Color

Unlike some animals, bearded dragons can see in color. So if you feed them carrots and greens, they can accurately pick out just the orange pieces to eat if they want. Which another fun fact, carrots are one of their favorite vegetables.

Although not harmful to humans, bearded dragons can produce venom. They excrete a mildly toxic venom that is only harmful to their prey, such as insects. So, although they aren’t a danger to you, you can still technically say your pet bearded dragon is venomous. 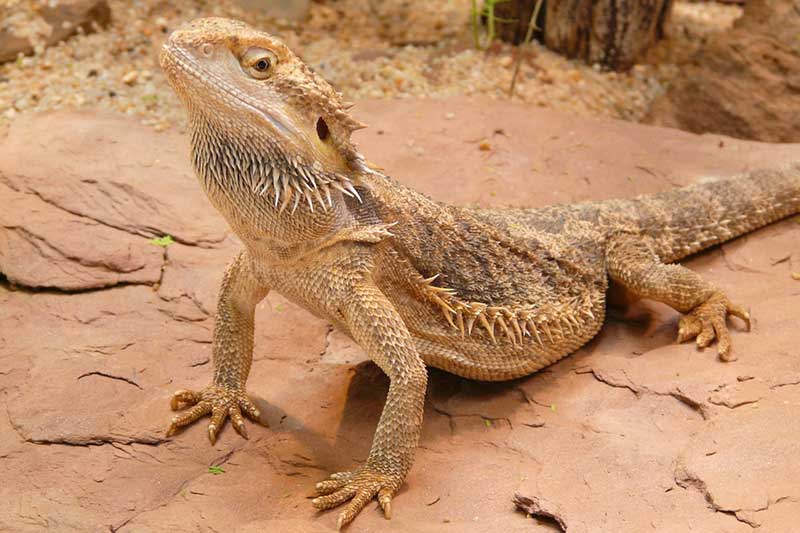 5. Their Name Comes From A Defense Mechanism

Bearded dragons have spiny projections under their necks that they puff out when they get excited or feel threatened. This defense mechanism makes them look bigger and more threatening. Since this area under their throats also darkens when puffed up, resembling a beard, they got their name bearded dragons. Or also commonly referred to as “beardies.”

6. They Hiss To Defend Territory

On top of venom and puffing their spikes, bearded dragons also hiss to defend their territory. Although bearded dragons are docile pets for humans, these lizards are very territorial towards each other. They will protect their space by making a hissing sound to show they are serious.

Despite their manly and mighty names as a dragon, bearded dragons average around 12 to 24 inches in length and weigh between 380 to 510 grams. They reach sexual maturity between 8 and 19 months.

When cared for properly, bearded dragons can live over ten years in captivity. This number is significantly lower in the wild, however, because they are considered prey animals.

9. They Can Run in Two Ways

10. They Can Sleep While Standing Up

Not only can they run on their hind legs, but they can lock their legs together and sleep standing up. It’s a survival tactic adopted from their life in the wild as a prey animal, having to be ready to get on the move at any moment. 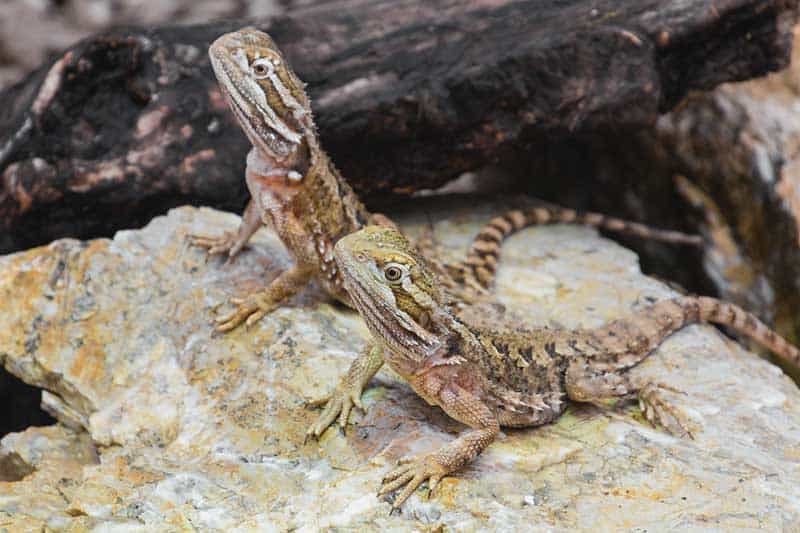 Morphs are bearded dragons with specific traits bred into them. There are 11 common morphs, each with unique characteristics. Four examples are:

12. They Can Bully Each Other

Bearded dragons often try to show dominance and pick on other bearded dragons in the same enclosure. It is best to let them live alone, so they don’t feel the stress of being dominated by another bearded dragon. The bullying can include being sat on or having the second choice at food, leading to stunted growth.

13. Their Spikes Can be Soft

When a bearded dragon is relaxed and not stressed out or feeling threatening, their spikes are pliable and soft. You can easily rub or pet them without feeling any prickliness or stiffness.

14. They Wave and Bob Their Heads

These lizards have funny characteristics when interacting, especially when mating and showing dominance. They will wave their arms to show recognition or interest in each other. Sometimes they wave to show submission.

Males will also bob their heads rapidly when showing romantic interest in a female. In response, the female bobs her head slower.

15. Some Foods Will Poison Them

Avocados and fireflies can kill bearded dragons. Fireflies have a steroid that can damage bearded dragon’s hearts. Avocados contain oxalic acid, which can make your bearded dragon ill and kill them over time. Rhubarb leaves also contain 0.5% of oxalic acid. 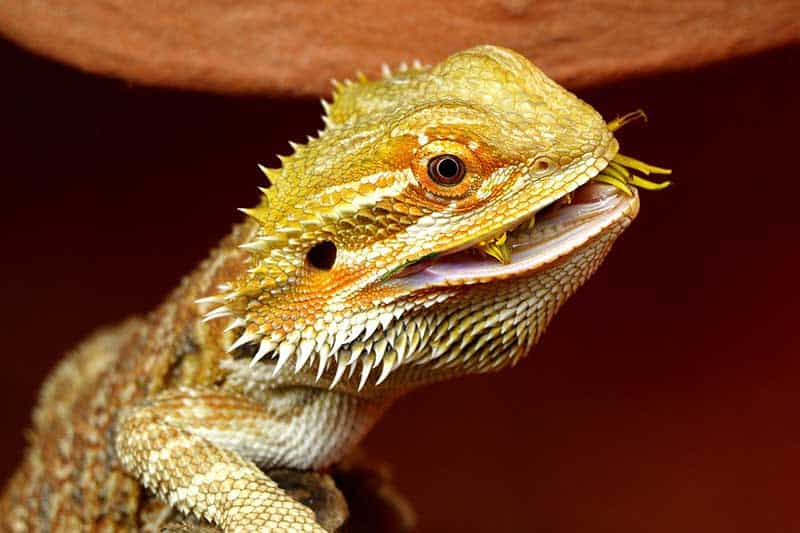 Bearded dragons keep cool by opening their mouths when they are bathing in the sun. This position helps them regulate their temperature by releasing heat out of their body.

17. They Can Smell With Their Mouth

Their mouth not only helps them regulate heat and taste food, but it also acts as their sense of smell. Although they can smell through their nostrils, their mouths have an organ that connects to their nostrils and adds another layer of how they experience their surroundings.

18. They Are Unable to Regrow Their Tails

Although many lizards can drop their tails and regrow them back, the bearded dragon cannot. If they lose their tail for any reason, it’s gone for life.

19. Their Skin Color Can Change

Bearded dragons can change their skin color depending on the temperatures of their surrounding. Their scales go darker to absorb heat and lighter to reflect it. While not as obvious as a chameleon, it’s still a pretty neat trait!

Bearded dragons also shed their skin as they grow to accommodate their new body size. Every time they shed their skin, their color can also change. Sometimes they might even develop new patterns on their body.

These long naps are called brumation, which is similar to hibernation but what reptiles do. In the wild, they usually brumate seasonally, especially in the fall. However, in captivity, this can occur quite randomly. They will typically sleep for a few weeks or months at a time.

22. Females Can Lay Two Egg Clutches from One Mating

Not only do females lay eggs, but they can do it twice after being fertilized once. After mating, a female can save reproductive material to fertilize herself again. This process increases the number of offspring while protecting her from interacting with potentially hostile or dominant males. 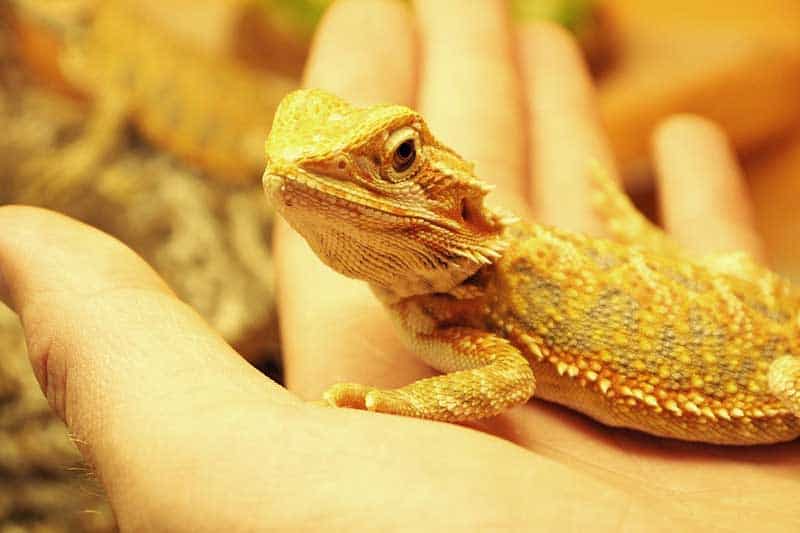 25. They Can Climb Trees

Almost all bearded dragons like climbing trees and hanging out high up in their enclosure. They even lounge on hammocks, if you provide them one. These lizards are semi-arboreal, meaning they prefer spending half their time in bushes and trees.

Instead of liquid urination, they get rid of the uric acid in their bodies through a white powder. This powder comes out with their other waste sometimes. This trait developed because they are native to deserts where every drop of water in their body has to be conserved.

27. They Collect Water on Their Heads

Talking about maintaining water, bearded dragons need to stay hydrated and their heads are designed to help. Any water droplets or mists that fall on their head naturally flow down the contours into their mouths so they can easily lick it.

28. They Can Survive with Two Heads

Bearded dragons can be born with “bicephalism,” which means two heads. This rare development is even weirder in bearded dragons because they can live and survive with two heads.