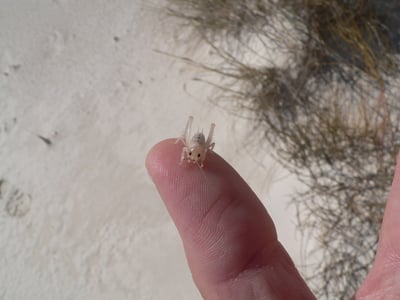 There are many insects that leopard geckos can eat but because crickets are one of the most commonly fed, it’s sometimes a mystery on whether they have to be apart of their diet or not.  Because crickets have their downsides though, it’s hard not to wonder if living without them is actually a possibility.  Let’s get right into the question to see if it is.

Can leopard geckos live without crickets?  Yes, they can.  Crickets are a good source of nutrition for leopard geckos, but there are other feeders out there that can be given to them as alternatives that are just as good.

When people think of leopard gecko food, the two most common insects they think of are usually crickets and mealworms.  But because there are other insects available that are just as good, feeding them only crickets and mealworms isn’t your only option.  If you’d like to know what these other options are along with what the best diet is for them as well, I highly suggest reading on.

The Best Roaches for leopard geckos 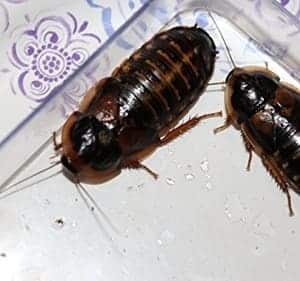 Crickets are some of, if not the most, popular insects given when it comes to a leopard geckos diet.  But because they can be a hassle for some owners to keep for multiple different reasons, continuing to buy and feed them to our leopard geckos can sometimes be tough.

That said, because of the different complications that crickets present to us, it forces some of us to go out and look for other alternatives that are better or at least the same as far as nutrition goes that don’t cause us as many problems.

If you’re one of those owners, then luckily, that alternative does exist and they’re called dubia roaches.  These insects are easier to keep alive, they don’t stink as badly as crickets do, and they don’t attack leopard geckos when left in the cage for extended periods of time.

On top of that, they have almost the exact same nutritional value as crickets do but because they’re considerably more rich in protein than crickets are, they’re a little more beneficial for them.

If you’d like to check out the nutritional value compared to crickets according to this source, take a look at the chart below:

I’m an advocate for feeding leopard geckos all of the insects so that they’re receiving a well-balanced diet, but because crickets and dubia roaches are so close in nutritional value, if you’d like to replace your crickets altogether, then I definitely don’t see a problem in doing so.

Crickets can be an overwhelmingly big nuisance for a lot of leopard geckos owners, so for those who don’t want to feed them to their geckos anymore, I completely understand why.  With that being said, if you’re looking to make the switch, then check out the various different dubia roaches from Amazon by clicking here.

Other insects you can feed leopard geckos

The reason for that is because some insects can cause your leopard gecko to gain a ton of weight while others might actually cause them to lose it due to not having nearly enough nutritional value and because of that, this is why it’s good to provide a variety in their diet so that they’re getting what they need from multiple different sources and not just going overboard on only a few different insects.

If you’d like to check out these different types of insects, then click here to go to a page that I put together that includes all of the ones that I feed to my leopard gecko.

Because I still give crickets to my leopard gecko, they’re on that list as well.  As stated above, I believe in diversifying when it comes to what insects are given to them and not only for nutritional value but simply so that they’ll have many different insects to look forward to instead of the same ones over and over again.

If you still don’t want to include crickets in their diet for whatever reason though, then dubia roaches will definitely do their job in providing your leopard gecko with the nutrition needed that they otherwise would have gotten from the crickets.

Another commonly fed insect is mealworms.  A lot of people feed their leopard geckos exclusively on them but because, again, leopard geckos need variety, I don’t suggest doing that.  If you combine them with dubia roaches and all of the other insects on the list above, they are another great and easy-to-take-care-of insect to give to your gecko. 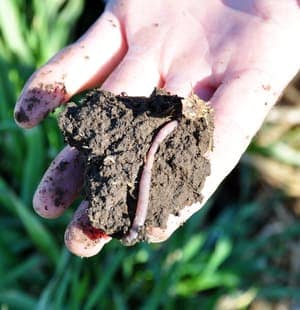 As stated above, leopard geckos eat a lot of different insects besides crickets but once I tell you about the ones that they eat while out in the wild, you might just be surprised.  These insects include locusts, earthworms, and sometimes even other leopard geckos.

The reason for this is because when out in the wild, food can sometimes get really scarce for them and because of that, they’ll eat whatever they can in order to satisfy their needs.  To be honest, I’m not sure if crickets even exist in their natural habitat, but if not, they’re definitely eating other things that give them the ability to survive just fine without them.

If you’d like to know a little bit more about some of these different types of bugs, then click here here to go to the article where I briefly go over each one.  Crickets are great, but they’re far from the only insects that leopard geckos enjoy to eat whether those insects are in the wild or being fed to them while in captivity.

And although some of the insects on that list are uncommonly fed to leopard geckos, depending on the size of your leopard gecko and how old they are, if you can somehow find safe sources for these various different insects, then you can feed them to your leo as well.

If they can eat it in the wild they can also eat it in captivity but before you go outside and track down some locusts or earthworms, just know that a lot of these insects that are outside are unsafe for them to eat due to potentially carrying pesticides that lay on the grass and also within the dirt.

Instead of going that route for finding these various different uncommonly fed insects, try to find reputable businesses online that sell them and do your research on the company to ensure that the bugs that they’re selling are in fact safe and healthy for your leopard gecko to eat.

Unfortunately, there are some companies out there that don’t sell safe insects so before you make that purchase, check thoroughly into where you’re buying them from so that you don’t potentially end up feeding your leopard gecko something that could possibly end up making them sick.

For now though, if you don’t already buy your insects from somewhere else, just get them from Amazon so that you know for sure that what you’ll be giving your leopard gecko isn’t tainted by harmful chemicals such as pesticides and any other chemical that wild insects may consume.

With the many different insects out there to feed to our leopard geckos, it’s very possible to give them what their bodies need without worrying about ever having to feed them a single cricket.

I still feed crickets to my leopard gecko, but I can’t deny that they stink, they’re noisy, they’re hard to keep alive, and that they’re a nuisance because all of these things are sadly, very true.  Because of these reasons and also because of the fear that some people have when it comes to crickets, these are all valid reasons to not want to care for them anymore.

In cases like these where owners just can’t handle dealing with them, dubia roaches are the best replacement insect as they are almost identical in nutritional value compared to them.

For some owners, dubia roaches aren’t too appealing either, but despite that fact, the truth is that a lot of leopard geckos love them and in addition to that, they’re so much easier to care for as well.  They don’t stink, they don’t bite, they don’t jump, and they don’t fly.

They’re easily kept insects with great nutritional value and are the number one choice for most owners who want to switch over from crickets.  Because there are other great insects though, it’s best to not forget to feed your leopard gecko those either.

Dubia roaches are great and all but by themselves, they don’t provide your leopard gecko with the well-balanced diet that they need in order to stay stress-free and live a long and healthy life.  If you’re at the point where you absolutely have to choose another insect other than crickets, then just know that you have a few different good options to choose from.