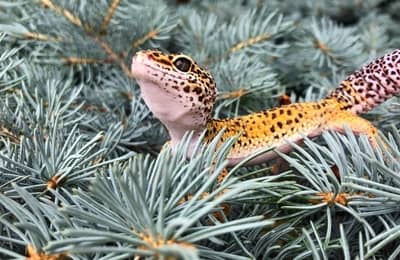 Most people know leopard geckos as being indoor pets, but it hasn’t always been this way.  Before they became popular, they were reptiles that spent their time outside just like all the other reptiles.  While a lot of them are kept captive these days, there are still a ton more out there who aren’t.  With that said, let’s see if the ones who are can be outside just like the ones who aren’t.

Can I take my leopard gecko outside?  Yes, captively kept leopard geckos can be taken outside.  Because they are crepuscular though, it may be difficult getting them out there.  The reason for that is because they are most active during dusk and dawn when many owners are settling down.

Some of you may already know this, but leopard geckos are most active when you’re asleep.  They could always be taken out while they’re awake, but that usually doesn’t happen until it’s fairly dark outside.  Because some leopard geckos are up and active during the day though, taking them outside when you’re awake is still a possibility.  Let’s see what else we can find out. 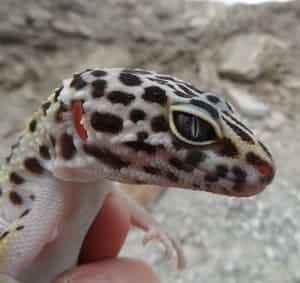 While taking a leopard gecko outside isn’t an issue, there are a few things that you’ll want to take into consideration and one of those things is how you’re going to make sure that they don’t get away from you.

Generally, leopard geckos are slow-moving creatures whenever they’re in captivity.  But don’t be confused, they can be fast when they want to be.  If you’re considering taking them outside, then you’ll either want to make sure they’re in an area or enclosure where they can’t escape or that they’re on a harness so that they can’t run away (yes, they sell leashes for reptiles).

I personally wouldn’t feel comfortable putting a harness on my leopard gecko simply for the fear of stray animals sneaking up and attacking them him out of nowhere because of how vulnerable he’d be, but what I am comfortable with is putting them in a small enclosure that I can easily carry around instead.

In fact, I already have one, but unfortunately, I haven’t used it to take him outside yet.  If you’d like to know where to get the one I’m currently using, then check it out here on Amazon.  Taking them outside in an enclosure may be cheating, but it’s better to do it that way than to be sorry.

Aside from the potential risk of them being attacked by a stray animal or running away, there are a few other things that you have to take into consideration as well before deciding on whether or not you want to take your leopard gecko outside without an enclosure.

Insects Outside May Be Poisonous

Leopard geckos love eating insects, it’s what they do.  But when it comes to insects outside, a bit more caution needs to be practiced.  They eat them all the time in their natural habitat with no problems, but unlike bugs in their natural habitat, the ones that live in the city or around crops are likely contaminated with harmful pesticides.

These pesticides are picked up when a bug consumes grass or soil that has been sprayed with it and if your leopard gecko happens to consume one of these insects, they could get very sick.

You might think that this won’t happen if you’re keeping an eye on them, but bugs such as ants or any other small insect can be consumed in the blink of an eye and chances are that you’ll likely never know it even happened.

Unless there is a way to somehow train them to not eat bugs outside, then I wouldn’t advise letting them roam freely on the ground for that reason alone.  Leopard geckos have huge appetites and will take a meal whenever they can.  So if you’d prefer that not happen, I’d suggest not putting them in the position to where they could accidentally consume a contaminated insect.

They Could Get Injured

We as humans don’t have to worry about getting cuts and scrapes on our feet whenever we go outside because we have shoes, but as far as I know, shoes haven’t been invented for leopard geckos yet.  And despite their scaly underside, they could still get seriously injured or hurt if they walk over or on something that could cause a scrape, scratch, or even puncture wound.

To give you an idea of some of the things that could potentially create an injury, check out this list here:

Some things are more harmful than others, but keep in mind that each one could still cause an injury or at the very least a great deal of pain if stepped on.  When dealing with a reptile so small, there are a ton of harmful things that they would be subjected to when walking outside.

So if you’re not interested in putting them in an enclosure then make sure you’re placing them in an area where none of the things that I’ve listed are present or accessible to them.  Between pesticide-contaminated bugs, their ability to quickly escape, and dangerous objects, there are a lot of things that you have to watch out for before deciding to take them outside. 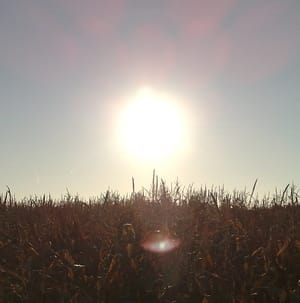 Because leopard geckos are crepuscular, they don’t spend a whole lot of time in the sun.  They might pop out here and there to soak up a bit of it in order to get their D3 intake, but other than that, they spend most of their time being active during the dark hours of the night.

Being exposed to the sun for too long could be extremely uncomfortable for them and may even cause them to overheat.  With that in mind, make sure to keep the exposure to a minimum.  Just to be safe, I would recommend bringing your leopard gecko back inside after about 5-10 minutes of sun exposure.

They enjoy the heat and everything, but the sunlight can be much harsher than their heat lamp or heat mat, especially on days where the temperature is very high.  On top of that, unlike their tank, they won’t have a cool side to run to and they also won’t have their hides to go into either.

While this is one disadvantage to having them in an enclosure, in my opinion, it’s still much safer than if they were to just be able to freely roam around with no form of restraint.

While leopard geckos are animals that have adapted to living in harsh desert conditions, they still get stressed and hot pretty easily when they don’t have enough hides to keep them cool and protected, so as stated, taking them outside should only be done for short periods of time and they should never be placed directly into the sun when doing so.

Before taking them out, make sure they’re awake.  Leopard geckos need their sleep, and if they don’t get it, you guessed it, they stress out.  Just like every other living creature, sleep is good for the body, and in order for leopard geckos and all creatures who sleep to be able to function at tip-top shape, they’ll need every second of it.

It may be tempting to force them awake to take them outside because it’s more convenient for us since we’re active during the day, but because they’re not, it’s definitely not convenient for them.  As loving and caring owners, we should respect their sleep schedule and realize that if they don’t get enough of it, it could negatively impact their health.

It’s hard to tell exactly when they’ll be up during the day seeing as they are crepuscular, but when they are, that would be the very best time to take them out. 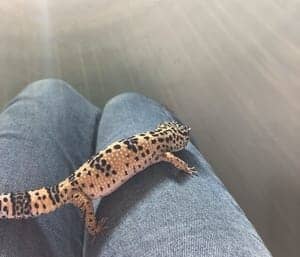 Contrary to opinions online, there’s absolutely nothing wrong with taking your leopard gecko outside.  But, you’ll have to practice safety when doing so.  If you’re well-prepared for every potential worst-case scenario, everything should go smoothly.  But if not, there are so many things that could go wrong.

There are harnesses that are made for reptiles if you’d like to try one of those out, but if you want to really be safe, it’s best just to put them in a small Faunarium instead.  Obviously, our indoor setups are not portable, but the Faunariums are because they are so small.

This is convenient because not only can it be used for placing your leopard gecko in when you’re cleaning out there tank, but it can be used for taking them outside as well, which is awesome.  Just remember that whenever you do decide to take them outside to not do it for too long.

They like the sun, but they also like to have a way to cool off when they get too hot as well.  So for their safety, only take them outside on days where it is not overly hot and only for short amounts of time as well.