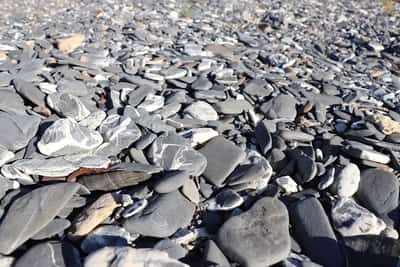 When it comes to owning a leopard gecko, one of the most fun parts about being an owner is having the ability to decorate their tanks any kind of way that we want.  Because we want to make sure anything put in the tank is safe though, it’s important that we’re asking questions like these and also being very cautious before doing so.  That said, here is the answer you’re looking for.

Can I put rocks from outside in my leopard gecko tank?  Yes, you can.  Before doing so though, you must sterilize the rocks in order to kill off any chemicals or bacteria that may be harmful to your gecko’s health.

Unlike plants or insects, rocks are one of the few things that can actually be brought from outside and placed around your leopard gecko.  The reason for that is because while you can safely sterilize rocks due to how hard and solid they are, you can’t do the same for other outside things in the wild as most things are not.  Before you do anything though, please read the following. 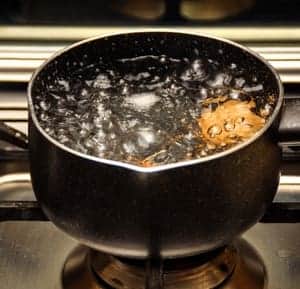 Although you may not be able to see all the dirt, chemicals, and grime that can cover a rock just by using the naked eye, that still doesn’t mean that it isn’t there and doesn’t need to be thoroughly sterilized before placed into your leopard gecko’s tank.

If you go by looks alone, every rock you see will look safe.  But unfortunately, this is hardly ever the case.  Just so you and your leopard gecko can be in the clear, what you’ll want to do is boil your rocks on high heat in a sturdy metal pot for 15 minutes and then afterward, drying them off.

You could try cleaning your rocks off with soap and water but because boiling water has always been a surefire way to kill most of anything that’s bacterial or viral, I would just stick to sterilizing your rocks that way as that’s an almost guaranteed way to eliminate anything harmful that may potentially be present on them.

Just remember that before you place them in your pot, remove any visible dirt or gunk that may be stuck to them so that it’s not floating in the water while you’re boiling them.  Water is good at killing things that you’re unable to see with your eyes but what it can’t do is make large pieces of dirt or anything else that may be stuck to your rock disappear.

Also, regarding the drying part, try and pat them with something that doesn’t have any soap or detergent on it that may have been picked up from the laundry just so that you can continue being on the safe side.  To be really safe, I recommend using either paper towels or napkins seeing as they both don’t have anything on them that could potentially spread to your leopard gecko.

After you’ve boiled your rocks, let them cool down and then dried them off, you can now safely place them within the enclosure for your leopard gecko to enjoy.  An alternative to boiling your rocks is to place them in the stove with a temperature of 350 degrees, but if I had to choose between the two, I’d stick with boiling them as it seems to be the safer option.

While placing rocks in your tank from outside is completely safe once thoroughly sterilized and dried, it’s still very important that while you’re choosing them to be very mindful of what size they are so that they’re not potential choking hazards if ever your gecko tries to consume them.

Luckily, leopard geckos are fairly small so you won’t have to be worried about them trying to swallow any rocks that are of a decent size.  But if the rocks you’re choosing are as small as pebbles, then I recommend looking for better rocks.

You wouldn’t think that leopard geckos would even try to eat rocks because they’re not food and to us, they don’t seem to be edible.  But when it comes to leopard geckos, you’d be surprised with what kind of things that choose to indulge themselves in.

In addition to that, you’ll always want to be making sure that the rocks you’re choosing aren’t sharp, jagged, or pointy.  For obvious reasons, walking on rocks that fit that description can be very painful for them.  Especially if they’re all over the tank.

Having said that, try and choose rocks that are on the flatter side, that aren’t thin and don’t break easily, and also that aren’t small.  If you can find rocks like that, you’ll be in luck.  Not only will they not put your leopard gecko in harm, but they’ll also look really cool in your tank as well.

It may take a while for you to find rocks like that, but when it comes to the safety and wellbeing of your gecko, it’s well worth the hunt.

In the Case You Can’t Find Any Rocks 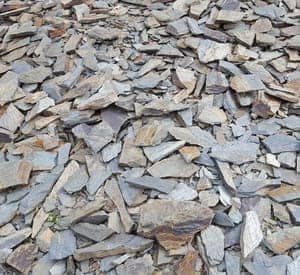 Because finding rocks that are safe enough to place in your tank isn’t always the easiest thing to do, sometimes owners are forced with having to buy their rocks instead.  For example, if I were to go outside right now and look for rocks that I’d feel comfortable having around my gecko, I wouldn’t be able to find any.

Not only is this an issue I would have if I were searching for rocks, but it’s an issue that a lot of other leopard gecko owners have as well.  If you’ve gone out and searched high and low for rocks but unfortunately haven’t had any luck finding any, I recommend taking a look at these rocks on Amazon.

If you’ve clicked on the link, then those are the rocks that you should be looking for when going out and trying to find them on your own.  If you’re having trouble finding any that look like that, then chances are that they’re not safe enough to be in your leopard geckos tank.

Although leopard geckos are from a natural environment where the ground can be a little rough, they still have sensitive feet and should not be stepping on or around any rocks that could be hurtful to their feet or that they could swallow and potentially risk getting impacted from.

If you can’t any safe rocks and buying them isn’t an option at the moment, the very best thing you can do at that point is to wait until you can get some.  Owners can get very antsy when it comes to wanting to make their tank look good and because of that, certain pieces of equipment or decorations might be placed into the tank that more than likely shouldn’t be.

If there are two things that don’t go together in this world, then by far, glass and rocks are those things.  When you’re decorating your tank and you begin to start dealing with decently-sized rocks, it can be very easy to accidentally slip up and make a mistake that might either crack your tank or break your tank altogether.

Because of that, it’s important that you take your time when handling them so that an accident doesn’t happen.  If you’re rushing or multi-tasking though, then it’s very likely that an accident will likely occur.

To avoid that, try and make an effort to set aside some time to decorate your tank and also to cut out any distractions that may cause you to lose your focus and make a mistake.  Most tanks are very durable but because most of them are also made out of glass, having them break when dealing with heavy decorations or equipment is actually a possibility.

Not only would something like this suck for you, but it would suck for your leopard gecko as well if by chance you don’t have another tank for backup to place them in. 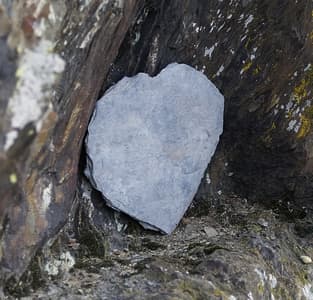 Although this probably isn’t a question that comes up often in the reptile community, it is one that is definitely worth exploring as some owners, such as yourself, would like to know if having rocks from outside is something that you can make happen.

Also, it’s generally not recommended to put anything from outside in your tank as most things are likely too toxic to be around your gecko.  But when dealing with rocks, these are one of the few things that can be safe for them after being sterilized.

Unlike other things in the wild such as plants and insects, rocks can’t soak or consume anything that could be passed onto your leopard gecko and because of that, that’s what makes them safe.  As long as you follow and take all things said in this article into consideration,  rocks will always be safe enough to be put into your leopard geckos tank.