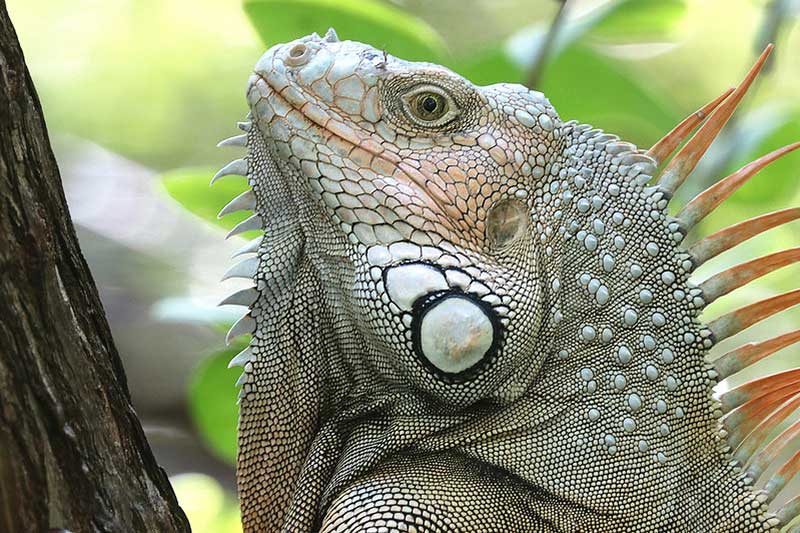 The state of Florida is home to over 500 different invasive species of animals. While larger threats like the boa constrictor often make the headlines, the 47 different invasive species of lizards living in Florida are wreaking havoc on the local ecosystem. In this article, we will take a look at 11 invasive lizards in Florida that are having the biggest impact on Florida’s residents and wildlife.

Let’s take a look at how these lizards were brought to Florida and how their introduction has impacted the native Floridian species.

The African Redhead Lizard is one of the more problematic invasive species in Florida. Ever since arriving in Southern Florida in 1976, the species has been growing at an alarming rate. While they pose no threat to humans, there has been no identified way to control the population growth as they are immune to traditional poisons and repellants.

These lizards are difficult to miss as they have a bright orange head, a blue body, and a rainbow-colored tail. Their unprecedented growth has been attributed to the warm Florida climate,  their fast reproduction cycle, and the fact that they have no natural predators in Florida. If their population continues to grow they pose a real threat to species that compete for the same insects that they consume. 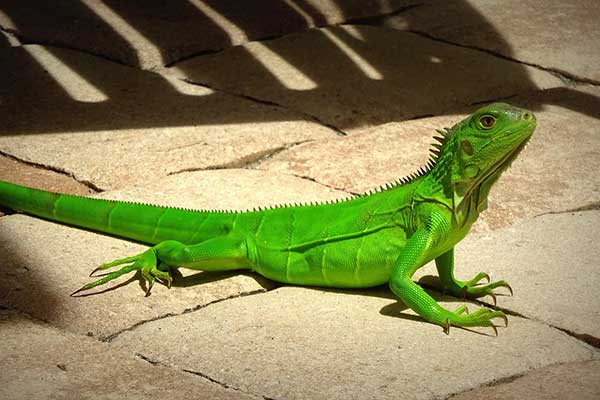 The green iguana is originally from Central and South America and made an appearance in Florida in the 1960s. Since then the green iguana population has grown at an alarming rate. While owls, hawks, cats, and dogs will eat iguanas at a young age, adult green iguanas have no predators other than humans.

While green iguanas do pose a threat to the balance of the Florida ecosystem, the main concern is the damage that they cause to human infrastructure. They have been known to dig tunnels that destroy sidewalks, ruin canal beds and even ruin the foundation of houses. In fact, they have become such a large problem, that Florida has banned them for sale as pets and even encouraged residents to humanely dispose of species living on their property.

The Argentine Tegu was introduced to Florida via the pet trade and are native to South America. They are a huge threat to the Florida ecosystem as they eat anything and everything. They have already proven to effect some of the local wildlife as they eat the eggs of the already threatened American crocodile population and attach the already endangered Key Largo woodrat.

While there have been attempts to control the Tegu population, they are hard to capture due to their speed and resilience to containment efforts. While we try to find a solution to contain the spread of the population, they continue to wreak havoc on the local wildlife by eating the eggs of snakes and birds. 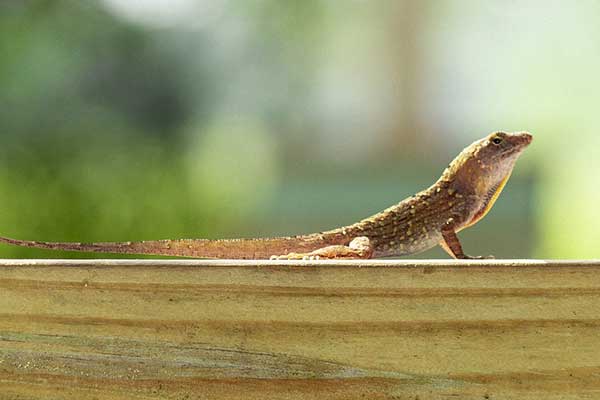 While the non-native species is still of concern, an interesting transformation occurred with the green anole. Within a span of about 20 years, the green anoles evolved through natural selection to have larger toe pads. This has allowed them to compete with the brown anole and reduce their risk of extinction. 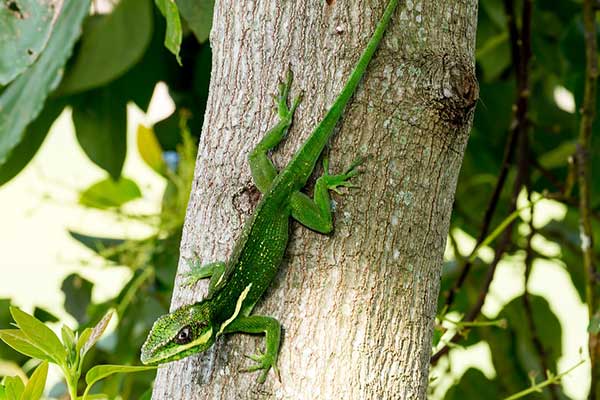 The Cuban knight anole was introduced to Florida via the pet trade in the 1950s. They are very aggressive and pose a major threat to other lizards, frogs, and birds. Not only do they compete for resources with these animals, but they also attack them and their young.

Additionally, the Cuban knight anoles pose a threat because they are selective herbivores. If they continue to grow unincumbered, then they will likely wipe out selective fruit trees and plants.

The tropical house gecko is extremely dangerous to other geckos due to its predatory nature. Like the knight anole, it will actually attack other geckos. Interestingly enough, it actually displaced the invasive Mediterranean house gecko upon its arrival in Florida.

The tokay gecko made its way to Florida from Southeast Asia via the pet trade in 1965. As a failed experiment, the gecko’s were released into the wild to control pests due to their proclivity for eating cockroaches. Unfortunately, that backfired as tokay geckos have no natural predators in Florida and other prey than just cockroaches.

More specifically, tokay geckos prey on native birds, rodents, and even corn snakes. These geckos are extremely colorful with a grayish-blue body and orange spots. While the tokay gecko is an invasive species they pose no immediate threat to the Florida ecosystem.

The South American Brown Basilisk was introduced to Florida relatively recently. As a result, little is known about its impact on the Florida ecosystem. We do know that they have no known predators living in Florida and will compete with other lizards for insects and berries.

Brown basilisks are unique in that they are actually able to run across water. This may be a problem in years to come as this unique ability gives them a survival advantage over native lizards living in Florida. 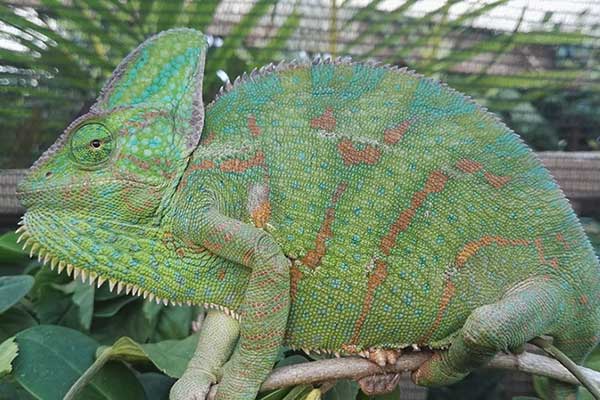 While little is known about the impact of the veiled chameleon on the Florida ecosystem, there is a possibility that due to competition of resources they may displace one of the other non-native chameleon species living in Florida. The bony protrusion from the top of its head separates it from the other species of chameleons living in the area.

The curly tail lizard is a threat to not only the native green anole but also the invasive brown anole. This pressure on the ecosystem further endangers the green anole. What’s even more problematic is that the northern curly tail lizard is extremely adaptable. They have even resorted to eating food that humans have thrown out in order to survive.

The Nile monitor lizard is a very large lizard that arrived in Florida from Egypt. This lizard can grow up to 7 feet in length.  It was introduced to the non-native environment after being released as a pet in the 1990s. Much like the Argentine tegu, the Nile monitor lizard is a danger to endangered bird and aquatic species, because of its natural tendency to eat those species’ eggs.

The monitor is a very good swimmer and uses this ability to catch fish and escape humans. They have even been known to attack pets and threaten small children when found in residential areas.