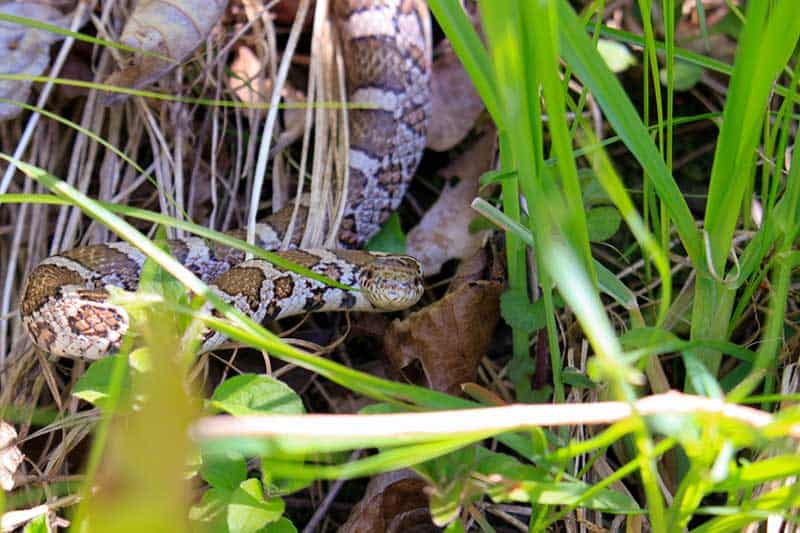 Kingsnakes are one of the most widespread and common groups of snakes in North America. All kingsnakes are non-venomous, and most are resistant to the venom of venomous snakes. This is how kingsnakes are able to prey upon all snakes as food, including venomous ones. The state of Ohio is home to a couple species of kingsnakes, one of which is actually a milksnake, but it’s still part of the same genus. In this article we’re going to be learning about the kingsnakes in Ohio.

Ohio is ranked as the 34th largest state in the country with 44,825 square miles of land, 110 natural lakes, and over 3300 named rivers and streams. All that coupled with Ohio’s warm summers make for plenty of welcoming habitats for kingsnakes.

For this article we’ll be including all snakes that are a part of the Genus Lampropeltis, aka kingsnakes. Don’t forget though, this also includes milksnakes.

With all that being said, let’s have a look at Ohio 2 types of kingsnakes!

2 species of kingsnakes in Ohio

This subspecies of Lampropeltis getula is found in just a few areas of southern Ohio. Kingsnakes are less common in the U.S. the further north you go, so there aren’t as many in Ohio as there are even in Tennessee or Kentucky. This species though is sometimes referred to as the black kingsnake wherever it’s found.

T​he eastern milk snake is closely related to the scarlet kingsnake which we’ll learn about soon, but they’re very easy to tell apart. The milk snake is much bigger, with grey or cream colored scales and black and reddish brown splotches on it’s back. It’s named for the distinctive cream-colored triangular or y-shaped marking at the bas of it’s head.

Eastern milksnakes can be found throughout the entire state in every county of Ohio.