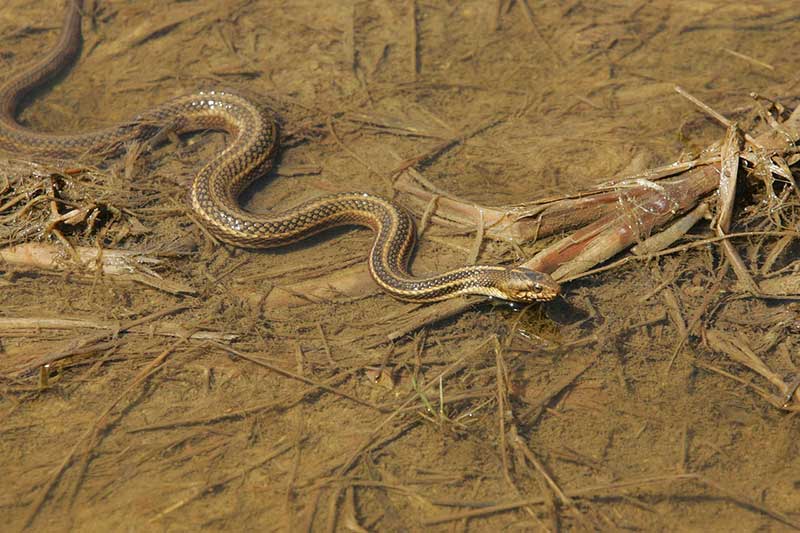 There are currently 10 different species of water snakes, all found in North America, but none are native to California. Most of these species live in the eastern half of the United States, the common water snake can be found in some midwestern states. The Brazos and the Concho water snakes are endemic to Texas.

Species of water snakes in the U.S.

Learn more about the types of water snakes.

Snakes in California that may be seen near water

There are a total of at least 33 species of snakes in the state of California with many of them being semi-aquatic. Here are 8 common species of garter snakes in California, all of which are spend much of their time in or near water.

Are there water moccasins in California?

Water moccasins are not native to California and do not live in the state so you will not cross paths with one. California is however, home to 12 species of rattlesnakes.

A few of those rattlesnakes in California are: