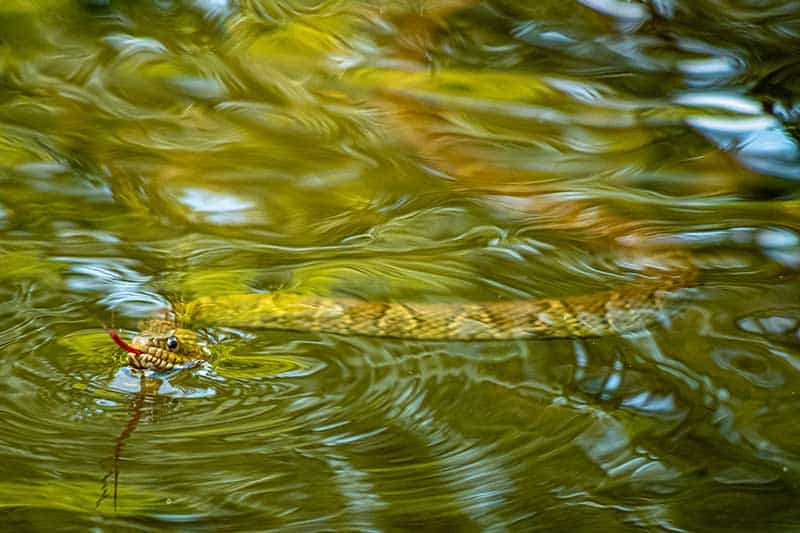 An estimated 22 species of snakes live throughout the state of West Virginia. There’s a certain type of snake that prefers to live in or near the water. It’s these snakes that we’re looking at in this article, the water snakes in West Virginia.

With that being said, let’s have a look at West Virginia’s one and only water snake.

Are there water snakes in West Virginia?

Northern water snakes are not picky and like a wide variety of aquatic habitats. They do prefer slow-moving or standing water, such as ponds, lakes, and marshes, but can also be found on rivers and basically any wetland area in West Virginia.