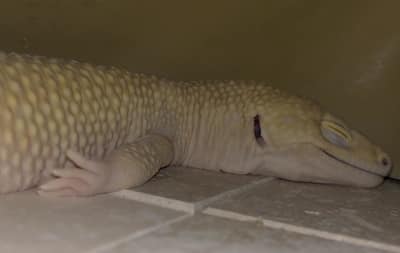 Sleeping at night is a normal thing that pets and humans do when we’re tired. But when it comes to leopard geckos, it’s not. Leopard geckos are crepuscular, so whenever they’re up during the day and sleeping during the night, that might seem a little off for a gecko. And while there’s not always a reason why they do it, there are a few things to look into that might be causing this. So if you’ve been asking yourself, why does my leopard gecko sleep at night instead of the day, then this article is for you.

5 reasons why your leopard gecko is sleeping at night

Whenever this happens, luckily, getting them back on a normal sleep cycle is fairly easy.  In order to do that though, there are some things that you’ll want to avoid so that they can back to that point.  If you’d like to know how to do these things along with learning about other information that may be useful, I strongly suggest reading on.

That said, let’s get right into it. 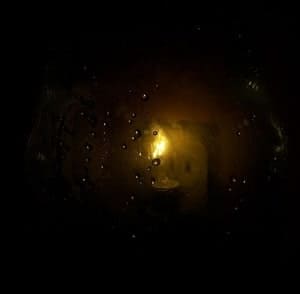 Lights are useful to leopard geckos in the daytime because they help with letting your gecko know that they should be asleep and not up.  When they’re subjected to any kind of light at night though, it may make them think that it’s still day time and because of that, indicate to them that’s it’s still time to sleep.

That may seem odd because you would think that lights would indicate to them that it’s time to be up as it does for a lot of other pets and animals, including ourselves.  Because they’re crepuscular though, as mentioned above, lights have a completely opposite effect on them.

To avoid subjecting them to any kind of light during the night time when they should be up, turn off any source of it that could be causing them to think that it’s still day time.  That includes lamps, LED lights, night lights, and any other form of light.

You may be able to get away with having a night light in your room if it’s far away from your tank and doesn’t give off a ton of illumination, but other than that, everything else should be turned off.

Aside from the moonlight that they get while out in the wild, leopard geckos are not subjected to light during the night time when they’re not in captivity and because of that, they’re able to keep a consistent sleep cycle.

If you keep a light on for your leopard gecko out of fear that they won’t be able to see if it’s off, don’t worry, they’ll be able to see perfectly fine.  The reason for that is because leopard geckos have amazing eyesight, so light during the night time isn’t necessary.

It’s true that leopard geckos are crepuscular but from time to time, it’s completely normal to catch them sleeping on occasion throughout the night.

The reason for this is because opposed to leopard geckos that are out in the wild, leopard geckos in captivity don’t have to be as active and alert due to the fact that there aren’t any predators or food to be hunted that require them to really be active for.

That isn’t to say that them sleeping at night all of the time is normal, but if it happens every once in a while and it’s not for the entire night, then there’s nothing to worry about.  This behavior is just as normal as if we humans were to get up in the middle of the night to get something to drink or use the bathroom.

As long as there’s some sort of light on during the day and none at night, I can almost guarantee that what they’re doing is 100% normal.

If you’re not comfortable sleeping in a room that’s completely dark, which some people are, I suggest placing your leopard gecko in a room that’s not the one that you sleep in.  Not everyone has the ability to do this but if you can, please do as it will not only help your gecko out, but it’ll improve the quality of their sleep and overall life as well. 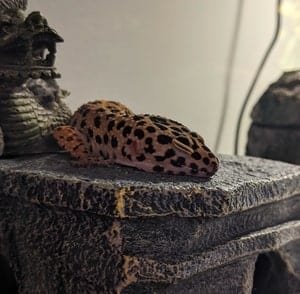 Although it may appear that your leopard gecko is sleeping during the night, there’s a possibility that they’re actually not.  The reason I say that is because unless you’re able to stay up all night with your gecko or have a camera set up that’s recording their every move, telling whether or not they’re sleeping all night can actually be pretty hard.

As mentioned above, leopard geckos, on occasion, can and will rest during the night even if they’re supposed to be awake.  But because you might catch them sleeping every now and then whenever you glance into their tank or before going to bed doesn’t necessarily mean that they’re actually sleeping throughout the entire night.

If you’re noticing that your leopard gecko is staying up all day while you’re awake then them sleeping all night is possible as they do need the rest.  But besides that, chances are that they aren’t.

4. Keep the lights on in the day

The same way a leopard gecko would think that it’s time to sleep during the night whenever a light is present is the same way that they’ll think it’s time for them to be up during the day time whenever the lights are off.

If you’d like to avoid that from happening, then you’ll want to make sure that some sort of light is shining into their tank during the day.  Not directly, but just to where they can see it so that they can have some sense of what time of day it is.

If your room is generally very dark, then I recommend investing in a lamp and then placing it somewhere where your gecko can see the light.  If you’d like to know the one that I use, then you can check it out here over on Amazon.

For the sake of staying more true to how their natural environment is, I usually just recommend allowing the light from the sun to shine into your room.  Because that’s not possible for some owners though, having a lamp is the next best thing that you can do. 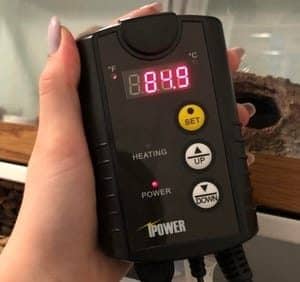 For those that don’t know, whenever a leopard gecko is overly cold and isn’t being provided with enough heat to function, they start to become a lot less active so that they can conserve heat and energy for when they need to do something that’s essential such as eating or even moving around.

Because temperatures in the tank can get a little cooler at night, something like that happening could be completely possible if they are, in fact, too cold.

If you suspect that this could be a potential issue that you’re facing with your leopard gecko, then I would check your tank’s temperature before going to bed just so that you can see whether that’s the reason they’re sleeping at night or not.

A drop in temperature at night is completely normal and definitely nothing to be worried or concerned about.  But if your temperatures are dropping too low then this could be your problem.

That said, if you’d like to learn more about what your tank’s temperature should be at along with other information that you might find useful, click here and go to an article I wrote that will give you that info.

Although it may be a little odd seeing your leopard gecko sleeping at night when you know they’re supposed to be up, it is a normal thing that happens among these little creatures from time to time and is something that you usually don’t have to be worried about.

Because there are other things that could cause it to happen though, it’s best to take all things into consideration so that you can make sure that there’s nothing else at play.  While there are a handful of reasons why they would be sleeping at night, I’d say the most common one is because they’re having trouble distinguishing between whether or not it’s the night or day.

If that is the case with your leopard gecko, then all you’ll have to do is start keeping a light on during the day time or allowing the sun to shine into your room so that they can start knowing the difference between the two.

If you’re providing your leopard gecko with light though and you don’t think that that’s the issue, then I’m almost certain that one of the other reasons I mentioned above is likely the cause.

If your leopard gecko is healthy and they’re not displaying any other odd behaviors then they’re probably just fine and will just need a few adjustments to be made so that they can get back on a healthier sleep cycle.