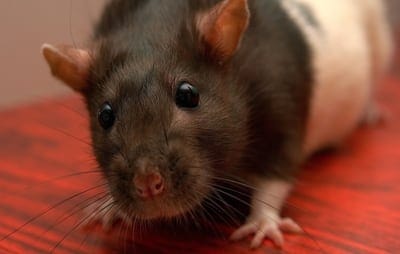 Maybe you just got your ball python and are struggling with feeding time, or perhaps you’ve had your ball python for years but it’s suddenly refusing to eat its regular meals. You might start to wonder if your ball python would prefer something other than a mouse or rat, or if you should switch up some aspects of feeding time. A lack of appetite can be very stressful not only for your pet, but also for you!

So why won’t my ball python eat rats? The most common reason is stress, but it’s also possible that your snake is a picky eater or that its tank conditions aren’t sufficient to maintain its appetite. Other possibilities include that your ball python is about to shed or that it is suffering from a health problem.

Read on to find out more about what types of prey you can feed your ball python besides rats, as well as detailed explanations of each reason why your ball python is choosing not to eat. You’ll also find lots of helpful advice that will aid you in getting your snake to eat even when it may seem impossible!

How Long Can Ball Pythons Go Without Eating?

Healthy adult ball pythons can easily go several months without eating, and this type of snake commonly goes on hunger strikes where they refuse to eat without any clear reason behind it.

The longest record time that a ball python has gone without eating is 21 months, so don’t panic if your pet hasn’t eaten for a few weeks! You have plenty of time to identify the issue before it has a negative effect on your ball python’s health. 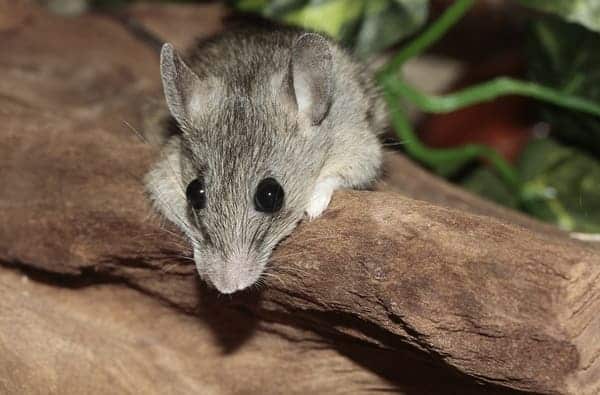 Can I Feed My Ball Python Live Prey?

It is sometimes suggested to try feeding your ball python live prey because of its strong scent and warm body temperature. However, live feeding in general isn’t typically recommended because your ball python can actually be injured by its prey.

If you do feed your snake live prey, never leave it unattended! You’ll want to be standing by just in case you need to protect your pet from danger. Other options are to kill a live rat or mouse and immediately feed it to your snake, or to rub live prey and frozen prey together to intensify the frozen prey’s scent.

If you’re not too squeamish, you can cut the prey open to expose its blood and make its scent even stronger.

Always make sure frozen prey is thawed out and warmed up to 98 to 100 degrees Fahrenheit. You can thaw out prey overnight in the refrigerator or in room temperature water.

Don’t put the prey directly in the water, but instead make sure it’s securely sealed in a Ziploc bag. Then place the prey in warm water to increase its temperature. Avoid using the microwave to defrost or warm up frozen prey!

What Else Can I Feed My Ball Python?

While most ball python owners turn to mice and rats to make up their pet’s diet, some snakes are pickier than others. You can try out different prey, such as:

If you don’t want to feed your ball python any of the animals above, it’s generally true that your snake will eventually eat what is given to them if they’re really hungry. You could also try altering the scent of rats or mice by soaking thawed-out prey in warm chicken broth.

Some ball python owners also suggest getting a frozen gerbil and rubbing it on rats before feeding time in order to make them smell more appetizing to your pet.

There are quite a few common reasons that your pet may not be eating. Before you get concerned for your pet’s health, see if you can rule out any of these possibilities.

1. Your ball python is a picky eater. Although most ball pythons in captivity are happy to eat mice and rats, some are a little more selective. When choosing prey, don’t go too large! Prey should never be wider than the widest part of your ball python.

2. Your snake is about to shed. It’s very common for ball pythons’ appetites to disappear when they’re preparing to shed. There are a few other ways to tell when your ball python is about to go through this process: their skin will appear dull, eyes may look blue and cloudy, and their stomach typically turns pink in color. If lack of appetite is accompanied by these symptoms, wait until after your ball python sheds and then try feeding it again.

3. Your pet’s tank needs to be cleaned. A dirty tank can lead to stress and loss of appetite. Be sure to keep up with your tank cleaning routine! Ideally, you should spot clean several times a week and deep clean once a month, making sure to thoroughly wash the tank and all accessories. Don’t forget to wash your ball python’s water bowl daily.

5. It’s too cold in your ball python’s tank. Cold temperatures can cause your snake to hide away and choose not to eat. You should have a temperature gradient in the tank that ranges from 75 to 80 degrees Fahrenheit on the cooler end and 80 to 85 degrees Fahrenheit on the warmer end. Additionally, you’ll need a basking area of about 88 to 92 degrees, and a constant humidity level of about 60 to 75 percent.

6. Your snake is feeling stressed out. Stress is one of the most common reasons for ball pythons to avoid eating! Fortunately, there are some very easy ways to destress your pet. First, make sure it has at least two hides, one on the cool end and one on the warm end of the tank. Add fake shrubbery for extra cover; ball pythons need to feel that they can hide and be safe in their tank. You’ll also want to avoid getting a tank that is too big. You’ll also want to cut back on handling, as this can be a huge source of stress for ball pythons.

7. Your ball python has a health issue. If you’ve ruled out all other possibilities, there’s a good chance your snake is sick. If your ball python’s lack of appetite is also accompanied by wheezing, diarrhea, or nasal discharge, take it to the vet as soon as possible! It could have parasites or a respiratory infection. 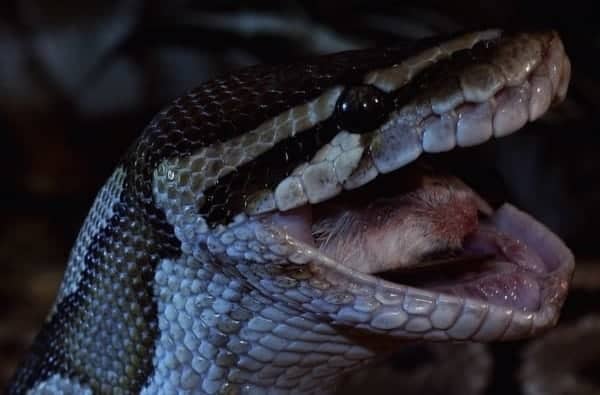 Two options that differ from traditional feeding time include self-feeding and force-feeding. Self-feeding typically helps ball pythons that are stressed to eat on their own, while force feeding should only be considered if your snake is suffering from a serious health problem.

To allow your ball python to self-feed, you’ll first want to remove it from its tank. Then place thawed-out frozen prey in one of its hides and place your ball python back in its habitat. Leave it alone overnight with the prey and check back in the morning to see if your snake ate its meal. If not, don’t get too stressed; just try again in a week.

Force-feeding should only be considered if it’s suggested by a veterinarian. Generally, you’ll need to put together a mixture that’s one-half water and one-half electrolyte supplement. Gatorade and Pedialyte are two good options. Weigh your snake and calculate two percent of its body weight. Put that amount of the mixture in a syringe, then administer it to your pet. Be careful not to damage your snake’s teeth while force-feeding!

If your ball python is refusing to eat rats, you may feel like you’re at a loss–but there are actually tons of solutions to this problem! You can try feeding your snake other prey, such as gerbils, quail, and chicks. There are also a variety of methods you can use to intensify the smell of frozen prey.

Before getting worried about any possible health issues, determine if there are any other reasons your ball python may not be eating. These could range from your pet preparing to shed its skin, to stress, to tank conditions that aren’t optimal.

Remember that healthy ball pythons can go months without a meal. But if you’re still running into problems, self-feeding and force-feeding are two options to try. However, if your snake gets to this point, it’s a good idea to talk to your veterinarian for some expert advice!