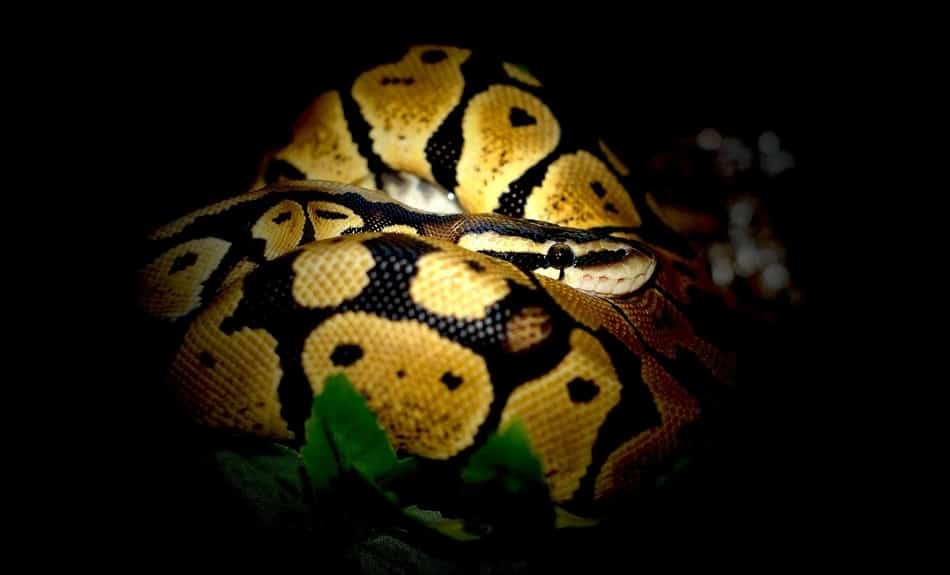 New ball python owners may be excited to observe their pet and see exactly what snakes get up to. They may be disappointed when their new pet hides away during the day and only seems to emerge at night, and they might be curious about whether there’s some kind of health issue going on.

So why does my ball python only come out at night? This is totally normal for ball pythons and it means that they’re following their natural instincts and tendencies. As a nocturnal animal that makes for easy prey, ball pythons in the wild only come out of hiding during the nighttime.

Read on to find out how ball pythons live in the wild, and how they use those natural instincts even when living in captivity. You’ll also learn about some reasons that ball pythons may be active during the day. Plus, you’ll definitely want to take a look at our guide that tells whether your snake is stressed or happy in its environment, regardless of when it’s most active.

Ball Pythons in the Wild

Ball pythons, also called royal pythons, are native to Africa. Because they’re relatively slow-moving creatures, they can be easy prey in nature if they come out during the daytime. Although many people assume snakes are predators, they’re part of a much larger food chain, which means they have predators as well.

In nature, ball pythons spend the majority of the daytime in hiding. They typically hide away in burrows that other animals have created and later abandoned. Occasionally ball pythons will come out of hiding in order to soak up some warmth from the sun, but for the most part they stay out of sight until night time arrives.

These snakes are also nocturnal, which can help to explain why your pet only comes out at night. It’s natural for ball pythons to sleep throughout the day and engage in activity while you’re asleep and not observing them.

In the wild, nighttime is when ball pythons come out to hunt for prey, which is why you’ll get the best feeding response from your pet in the late afternoon or evening. 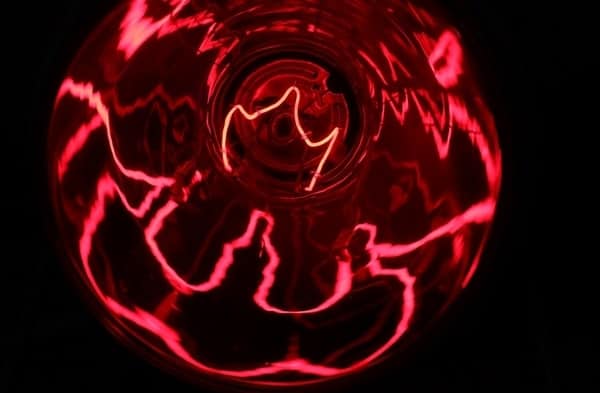 How to Observe Your Ball Python at Night

If you’re willing to stay up into the later hours of the night to observe your pet, you can try using an infrared reptile lamp to do so. These lamps have a coating made of red material that works to reduce the amount of visible light it produces.

This means that the lamp won’t cause any issues to your snake’s day and night cycle. It will provide enough light for you to watch your pet’s activity, but it won’t disrupt them in any way.

Another option is to set up a night vision camera to capture your ball python’s active moments. This way you can sleep normally and simply review the camera footage later on. It’s also more likely that your snake will be active if they don’t know that they’re being observed. It can be a very fun experience to see exactly what your ball python gets up to during its most active hours of the night!

What If My Ball Python Is Active During the Day?

If your ball python is extremely active during the day, especially if they normally only come out at night, this can be a major cause for concern. The vast majority of ball pythons spend much of the daytime inside their hides, only coming out to bask on occasion.

Lots of daytime activity can indicate a high level of stress. There are a few possible explanations for this.

1. You just got your ball python and it’s exploring its new environment. In this situation, daytime activity is nothing to worry about unless it lasts for more than a few days. At that point, your pet should begin to feel secure and comfortable in its tank and should begin to take up a more typical day/night cycle. Since ball pythons are nocturnal, your pet’s active hours will be during the night rather than during the day.

There should also be a basking area around 88 to 92 degrees Fahrenheit, and the humidity level should typically range from 55 to 70%. Adjust the levels accordingly and see if the daytime activity goes away.

Sometimes when temperatures aren’t at the correct level, your pet will constantly move around the tank searching for an area that is the correct temperature. Ball pythons are cold-blooded and need access to cooler and warmer climates in order to maintain their body temperature and thermoregulate.

3. You haven’t provided sufficient hides for your ball python. These snakes should be provided with at least two hides in their tank, one on the cool side and one on the warmer side. Hides provide a safe and secure shelter where your ball python is free from stress. A snake that doesn’t have a hide will constantly slither around looking for a safe place to hide away.

4. Your ball python’s cage is too large. Ball pythons actually prefer smaller enclosures to larger ones. Large open spaces result in stress because these snakes have a need for security and places to hide from perceived threats. A cage with too much open space can cause your pet to spend its time looking for a safer area to stay in.

5. Your ball python is feeling hungry. Many snake owners report that their pets become more active in the days leading up to a feeding, as if they’re searching for prey. This could indicate that you should feed your ball python more frequently.

How Can I Tell If My Ball Python Is Stressed?

Aside from activity during the daytime, there are a few other behaviors that can indicate that your ball python is feeling stressed. These include:

Stress is typically a result of an insufficient environment. Make sure that you have a tank of the proper size and keep it at the right temperature and humidity level. Provide two hides, clean the tank regularly, and make sure your ball python always has access to fresh water.

If your snake is still coming out a lot during the day or is displaying other signs of stress, take your pet to the vet! They’ll be able to tell you exactly what is going on and how to handle it. Stress can take a serious toll on snakes, so it’s very important that you take action to correct any issues. 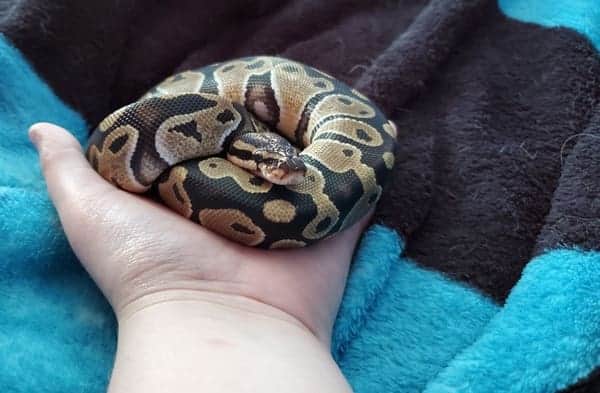 How Do I Know If My Ball Python Is Happy?

Although being active during the daytime is a pretty unnatural behavior for ball pythons, some snake owners report that this activity seems to just be a part of their pet’s personality. As long as your pet is eating normally and doesn’t show any signs of stress, it’s possible that your snake simply differs from the norm for one reason or another.

Still, you’ll want to make sure that your ball python feels safe and content in its environment. Here are a few signs that indicate calmness and happiness:

Whether your ball python is active during the night or during the day, these behaviors are good indicators that your pet is happy and healthy.

You might be worried if it seems like your ball python never leaves its hide during the day, and only engages in activity during the nighttime hours. However, this is completely normal behavior for ball pythons! They are nocturnal animals, and in the wild, they hide from predators throughout the day and come out to hunt at night. You can install a infrared reptile lamp in order to see what your ball python gets up to at night, or you could also try setting up a camera with night vision to capture their activity.

If your snake is overly active during the daytime, this could actually indicate a problem and usually means that your ball python is feeling stressed. Some reasons it could be feeling this way are that it’s simply exploring a new environment or that the temperatures and humidity in its tank aren’t at the proper levels.

It’s also possible that you haven’t provided sufficient hides for your ball python, that its enclosure is too large, or that your snake is hungry and searching for prey. But as long as your ball python is eating regularly and shows signs of happiness rather than stress, its activity level is most likely normal and healthy.