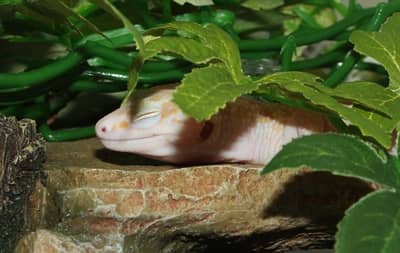 As cute and innocent as leopard geckos are, they have a fierce side that they display when it’s time to fight for their territory as well.  They can do well with other leopard geckos, but how well they do will greatly depend on their personality, gender, and how good they are at coexisting with another lizard in the tank.  But, are they actually capable of killing each other?  Let’s find out.

Will leopard geckos kill each other?  Yes, they will.  The reason for that is because leopard geckos are solitary and territorial animals who tend to enjoy being alone, but in some cases, they have been known to work well with living with other leopard geckos.

Although it’s a possibility, this fact shouldn’t scare you away from housing two together, you just have to be prepared and know what not to do before doing so.  Many people have successfully housed multiple leopard geckos together, so if they can do it, chances are that you can do it as well.  If you’d like to learn more about the do’s and don’ts though, then I recommend reading on.

The Most Dangerous Pair Up 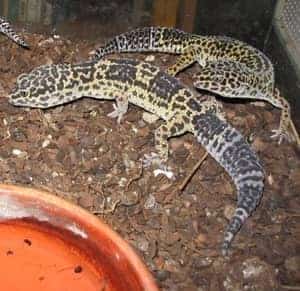 They are the most territorial gender and are the most likely to cause harm towards one another if put into a tank together.  If you ever plan on owning two males, then your best and safest bet is to house them in two separate tanks.  While you run the risk of all leopard geckos attacking each other despite their gender, the chances of two males going at it are pretty much guaranteed.

If owning two males is something you think you might be interested in doing, then check this tank out from Amazon that I’m currently using.  I recommend that everyone who owns two or more leopard geckos regardless of their gender should have two tanks just in case things get a little rowdy in the tank that they’re currently paired in, but when we’re talking about two males, having two tanks is mandatory.

Again, although leopard geckos of any gender can go at it at any time, having two males together is the worst possible pair up ever, hands down.

The Safest Pair Up

Okay, so now that we know that you shouldn’t house two males together, let’s look at the two genders that can live together.  First though, keep in mind that these two genders can still go at each others neck, but also that they are a lot more tolerable of each other than males are, and that is two females.

Males are the more territorial gender in almost all species, so if you want to have a chance at successfully housing two of almost anything together, then it will likely always have to be two females.  That’s not to say that all animals are like this, but when it comes to reptiles, you will probably find that this is a common theme.

Also, even though you’ll have the most luck pairing two females together, it’s still best to have two or more tanks on-hand depending on how many leopard geckos you plan on housing just as you would with the males.

As stated, females will still go at it sometimes, and unfortunately, there’s no way to tell whether or not your females will get along until they’re put together.  So, just to be on the safe side, having two tanks is the best decision just in case you need to do a quick separation.

Many people do not agree with housing two leopard geckos together, but while some can’t stand to be around each other, others cohabit together just fine.  When putting any two animals together, you always run the risk of them attacking each other.  That not only goes for leopard geckos, but that goes for other commonly owned household animals as well, such as cats and dogs.

You just have to remember to keep an eye on them very closely for the first couple of days to see how well they do together and then go from there.  If they start the bickering right away, separate them immediately.

If they seem to be able to tolerate each other right off the bat, then chances are that they will do fine together.  But even if that’s the case, you will still need to monitor them because they’re animals and animals can change their mind about how they feel at any given moment, so keep watch and be prepared to remove one just in case things don’t go smoothly.

Realize That They Don’t Think Logically 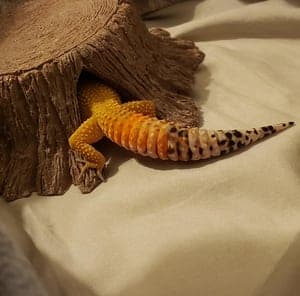 Knowing this is important because I think too often we assume that our animals can somehow logically solve and figure things out like we can and will sometimes hope that the two fighting lizards will forget about their problems over time but unfortunately, that’s just not the case.

Leopard geckos are fairly smart animals, but they are also reptiles and have a reptile brain, so that means that the only thing their brains are wired to do is survive and that’s it.  Leopard geckos who have been housed together for many years can all of a sudden start fighting, so even when you think everything is okay, things can go south pretty quickly.

So, if you find that your two leopard geckos are fighting, don’t just wait it out in hopes that they will solve their differences themselves because chances are they won’t and one of them, if not both of them, will get severely injured in the process.

These injuries can result in scratches, bite marks, a dropped tail, missing limbs, and even death.  Humans are the only species that can logically think themselves out of a situation and make rational decisions, but animals like leopard geckos and any other animal live purely off instincts and can’t be trusted to handle things on their own aside from what they’re already hardwired to handle.

Things can get a little sour in the tank when you have two leopard geckos together and when worst comes to worst, one may end up killing the other if things get a little too out of hand.  If prepared enough though, this can be very preventable.

Just whatever you do, don’t leave the two leopard geckos in the tank unsupervised when first introducing them to each other because you don’t know how they will react.  They could attack and seriously injure or do worse to each other if left unattended and they won’t stop until one is gone, just to put it lightly.

Although this is not uncommon and is something that usually only happens in a worst case scenario, there are still plenty of other cases where people have had nothing but success with housing their leopard geckos together.

So if someone tells you that you shouldn’t do it but you really want to, get all the equipment that you need just in case you need to separate them and see how it goes.  Just because one person didn’t have luck housing their leopard geckos together doesn’t mean that you won’t, so give it a try but make sure you have the right knowledge before doing so. 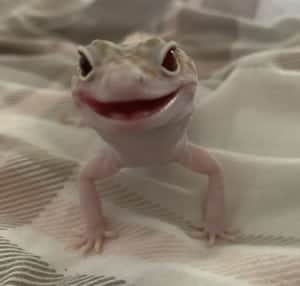 It’s unfortunate that leopard geckos are solitary animals because if we had it our way, we would house a ton of them together in one large tank, but sadly, that’s not possible.  Luckily though, we can house a few together, but we have to really make sure they all tolerate each other before leaving them unattended.

I don’t see a problem with housing them together, but if you’ve never done it before, I recommend starting off with just two at first and then introducing more from there as the years go by.  It may be a long process, but it’s the safest way to do things with the least risk of anything bad happening.

Also, because leopard geckos love their space, the more you have, the larger your tank will need to be.  So if you plan on having two to start with, then I recommend a 50-gallon tank like this one so that you’re giving them more then enough space to stay out of each others way.

Unlike the debate on whether or not leopard geckos should be on sand as a substrate, this can actually work, so don’t get discouraged when someone tells you not to do it and try it for yourself and see what happens.  If you’re prepared and ready and expecting the worst to happen from the very beginning, then chances are things will work out smoothly for you.

But if they don’t, the worst that can happen is that you’ll have two leopard geckos but instead of being housed together, they’ll be in separate tanks.  So in the end, everything still works out in your favor, even if things don’t turn out the way you planned.